“A Cruel And Inhumane Act”

Many classified as “a cruel and inhumane act” the interruption of work in the operating rooms and the despair of dozens of patients of the Hospital San Juan de Dios in downtown San Jose.

Alejandro Montiel was one of those who waited for more than an hour in anguish when he learned that his wife’s surgery, booked for 8 am, was delayed because of staff in the operating floor was not working. The woman has a cervical tumor that needs to be operated on.

Though the public workers union denied any work stoppage at the medical center, about 40 people took part in a supposed assembly in the operating room area of the hospital, a situation that prevented nine schedule surgeries.

“Approximately 40 people gathered, some in ‘private clothing’ and some without identification,” said the assertation of the notary of the Costa Rican Social Security Fund (CCSS) at the request of the authorities of that medical center. 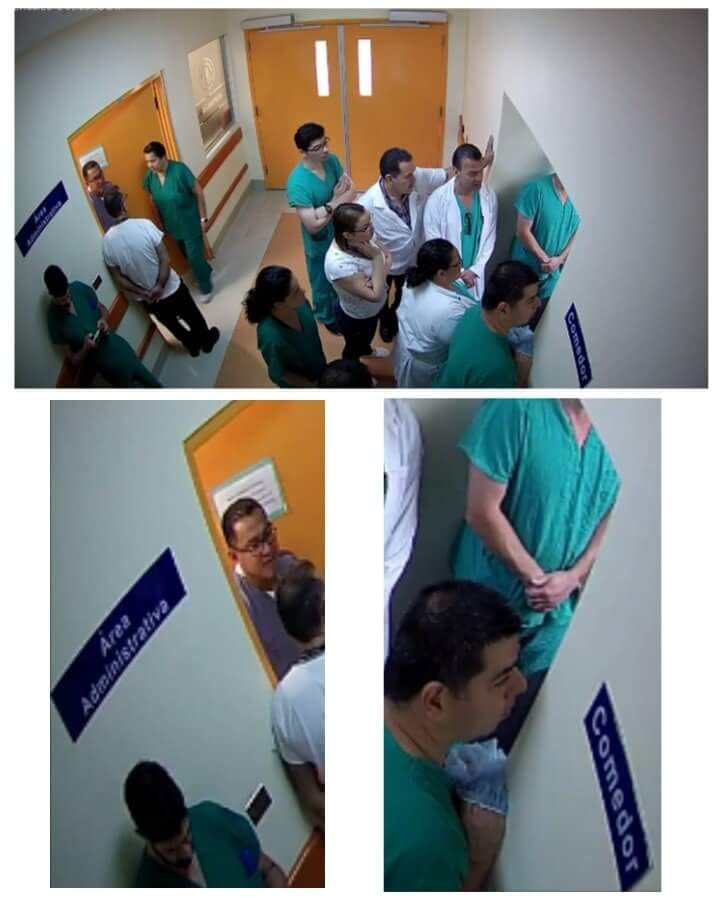 “We do not know if they were all officials. Everyone knows that this area is restricted, to enter there you have to enter with green scrubs, in the video you see people who were not in green, also only official hospital and operating room staff can be there,” explained Roberto Cervantes, medical director of CCSS at a press conference in the afternoon.

The incident occurred between 7 am and 9 am. Ileana Balmaceda, San Juan de Dios medical director, added that surgeries don’t start at 7 am, but the day before, explaining there are patients who are fasting because of the type of surgery, they have to be prepped for surgery, pre-medicated. “These are people, the considerations must be maximum,” she said.

Balmaceda added that by 9 am the San Juan de Dios operating rooms were operating normally and the matter did not require police intervention.

Director of the Alajuela hospital: “I remember March 6 with unknown anguish”

QCOSTARICA -  had assumed the directorship of the San Rafael de...
Read more

TODAY COSTA RICA - Despite the fact that she does not consider herself an influencer, Dr. Daniela Ruiz Guzmán has grown by leaps and...
National

QCOSTARICA - Two people die, on average, every day in our country due to road accidents, collisions, or rollovers, according to a report from...
Crime

QCOSTARICA - A 22-year-old woman with the surname Rivera Cubillo was arrested, suspected of luring men through the internet and then robbing them. She was...
Colombia

QCOLOMBIA – The violence registered in different cities across Colombia during the last five days of massive protests against the controversial tax reform, has...
Vaccine

QCOSTARICA - A new batch with 124,020 doses of the covid-19 vaccine landed on national soil this Tuesday night, as part of the weekly...
Photos of Costa Rica

Photo by digitaltravelcouple, "In Puerto Viejo we were located on the sunrise side of Costa Rica so we watched (sic) as many sunrises as...
Health

QCOSTARICA - The Government ordered the closure of non-essential trade from May 3 to 9, in the Central Valley, in an attempt to contain...
Mexico

Q24N - An elevated section of metro track in Mexico City partially collapsed on Monday night, bringing down rubble and some train carriages onto...