VICE.com – As the New York Times reported Monday morning, public health experts are worried that the elusive concept of reaching COVID-19 herd immunity in the United States will never happen. 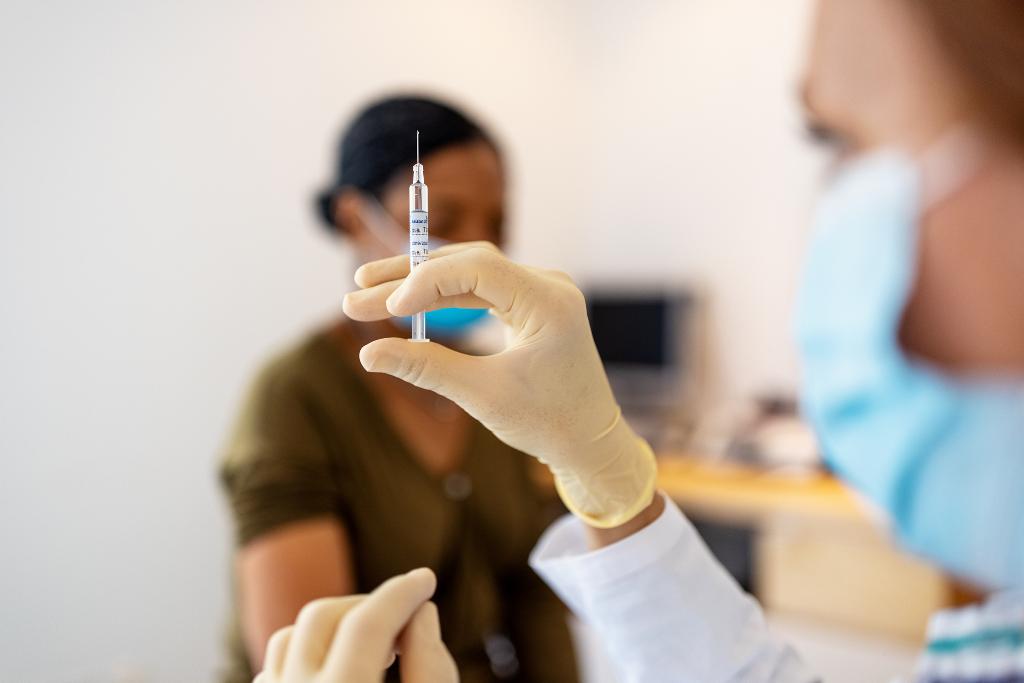 Epidemiologists previously thought that the U.S. may be able to hit herd immunity—or the point at which a population is immune from a virus, via infection and/or vaccination—as soon as this summer, but that now they say coronavirus may actually be around for years to come.

There are a few major problems driving this new wave of pandemic pessimism: Rapidly evolving mutations and variants that are more contagious than the original strains; uneven vaccine distribution on a global scale (India, for instance, has only vaccinated about 11 percent of its population); and widespread vaccine hesitancy in the United States. The Times estimates that “about 30 percent of the U.S. population is still reluctant to be vaccinated,” despite demonstrated efficacy and safety of the approved vaccines.

As the Times noted, preaching that herd immunity is unreachable isn’t exactly a great motivator for already hesitant folks to go out and get their jabs. It may also be a somewhat premature prediction; less than a third of the U.S. population is fully vaccinated so far, and experts predict that the percentage of vaccine-hesitant people will go down in the coming months.

While all adults in the U.S. are now eligible for the vaccine, that’s only been the case for a couple of weeks. And as Anthony Fauci, the Biden administration’s top adviser on COVID-19, said, changing the language of success away from “herd immunity” may not be such a terrible thing. The more people are vaccinated—especially the more older, vulnerable folks—the fewer severe cases and deaths the country will see.

“People were getting confused and thinking you’re never going to get the infections down until you reach this mystical level of herd immunity, whatever that number is,” Fauci told the Times. “That’s why we stopped using herd immunity in the classic sense. I’m saying: Forget that for a second. You vaccinate enough people, the infections are going to go down.”

So it remains crucial that people get their vaccines as they’re eligible (and in the U.S., everyone over the age of 16 is eligible as of April 19). Beyond the compelling arguments of “not getting ill with a deadly virus” and “not killing a family member and/or stranger,” there are a few, less-personal reasons for eligible folks to get a vaccine slot as soon as they’re able. If your estranged aunt or Joe Rogan-listening roommate is still on the fence, try raising any or all of these four arguments for getting the vax and becoming part of the population that’s moving us toward a non-pandemic future.

We can help control even worse mutations through widespread vaccination

A major reason why public health experts are so worried about the slippery future for herd immunity are rapidly arising mutations and variants, some of which are more contagious than the original version of the virus. The best defense against mutations is getting as many vaccines in arms as possible.

Experts are concerned that, over time, highly contagious strains will continue evolving among unvaccinated people, some of which could be strong enough to break through vaccine protection—a scenario that one epidemiologist referred to as “the nightmare scenario.”

The now-predominant strain in the U.S.—B.1.1.7, which rocked the U.K. earlier this year—is about 60 percent more transmissible than the original strain. As MarkAlain Dery, an infectious disease doctor in New Orleans, previously told VICE, the U.K. was able to identify and react to B.1.1.7 so quickly and effectively because of the country’s robust genetic surveillance program. Unfortunately, the U.S. isn’t so great at surveillance, and an extremely small percentage of positive COVID samples are monitored for mutations and variants. Because of that reality, getting as much of the population vaccinated as possible is a key component in the fight against mutations. 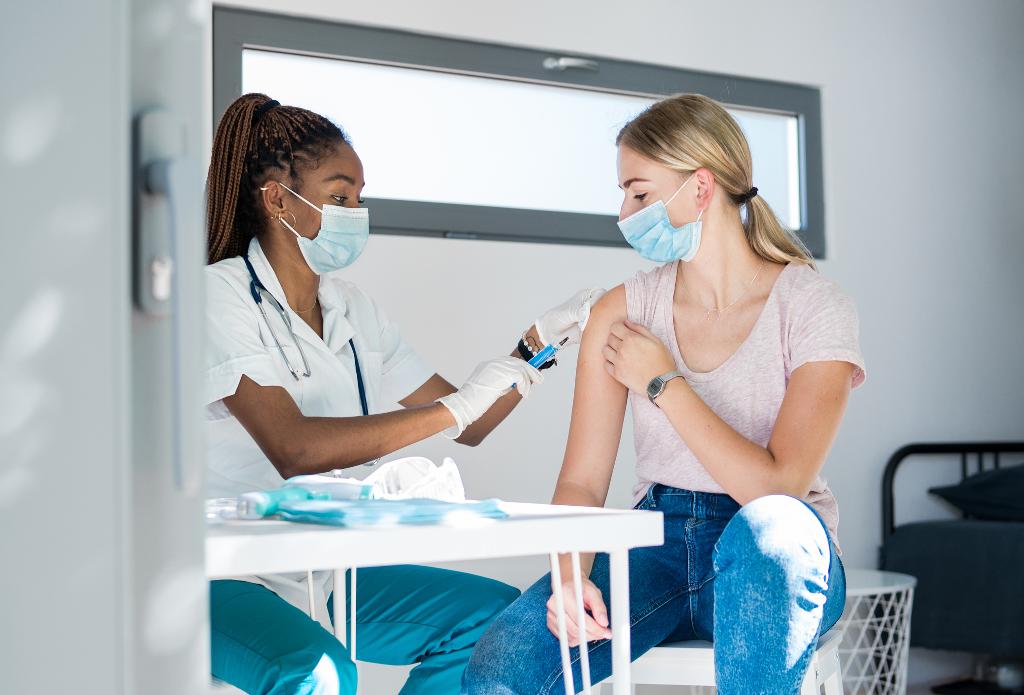 mRNA vaccines are not something to fear; in fact, scientists are stoked about them

Some hesitancy seems to center around the COVID-19 vaccine’s new technology. Most traditional vaccines, like the flu shot, use some weakened or killed virus to create immunity, but the COVID-19 vax uses mRNA, a style of vaccine that’s not yet common.

Even though it’s new to us, researchers have been working on creating mRNA vaccines for years, because they’ve known for some time that this method creates a stronger immune response than typical vaccines.

COVID-19 vaccines are the first mRNA vaccines to be licensed and approved, but the science behind them is decades in the making and stands on the back of several prior breakthroughs (several of which are listed here).

As Anthony Komaroff, a professor of medicine at Harvard Medical School and senior physician at Brigham and Women’s Hospital, wrote in December, scientists have been working on the concept of mRNA vaccines for over 30 years, trying to create something that protects against highly contagious viruses without a severe immune response.

The COVID-19 vaccines are the culmination of that work.

As Komaroff wrote, scientists already know that mRNA vaccines “generate a stronger type of immunity” than typical vaccines that are effectively a small dose of the illness they hope to build immunity against, and their success is nothing short of a medical breakthrough. The success of the COVID-19 vaccines thus far has already led to further experimentation and testing of mRNA vaccines for other highly contagious viruses like Ebola, Zika, and the flu.

So while the technology seems new now, we could see mRNA vaccines become much more common in our lifetimes; as Komaroff wrote, there’s even some belief that they may be able to target diseases like cancer and cystic fibrosis.

While the concept of “vaccine passports” remains up in the air, a growing number of colleges and universities have already listed proof of vaccine as a requirement for returning to campus, and having a vax card is necessary for anyone hoping to travel to the EU this summer.

For those who think requiring proof of vaccination won’t hold up, consider that the available vaccines may gain regular FDA approval (as opposed to its current emergency approval) in the coming months—a step that would make it much more straightforward for schools, workplaces, businesses, and everywhere else you go to require the COVID-19 vaccine, just as they currently require vaccines against highly contagious diseases like measles or meningitis.

As Michael Saag, associate dean of the Division of Infectious Diseases at the University of Alabama Birmingham, previously told VICE, we may see the FDA grant regular approval to the existing mRNA vaccines (Pfizer and Moderna) before the end of the year, which would clear the way for colleges to mandate the COVID-19 vaccines.

So it may not just be highly encouraged to get the vax, but necessitated by the places you want to go. People who decline vaccines may not be allowed to fly on planes or go to the colleges of your choice just because you skipped a quick shot would be an extreme bummer, and is incredibly preventable.

Vaccines are key to getting back to normal life, without endangering anyone else

Even if you, personally, aren’t so concerned about getting seriously ill from COVID, or even if you’ve already had it, the vaccine protects those around you by greatly diminishing your chances of getting sick and spreading the virus around.

And beyond protecting others and needing a filled out vaccine card to go places and do things, being fully vaxxed just allows you to…do all your normal shit, like hug your grandparents, go to a restaurant, and hang out with friends inside. Saag said he tells the vaccine hesitant folks that he comes across in Alabama (where vaccine hesitancy is at a particular high) that the vaccine is their “ticket to ride.”

“What I mean by that is the vaccine gives you freedom from the constant fear of infection,” Saag said. “You can begin to re-engage with your normal life.”

To be updated with all the latest news and information about Costa Rica and Latin America., offers, and special announcements.

QCOSTARICA - The party for 200 years of independent...
Infrastructure