The “wife” is the more popular of the couple,  “she” getting all the TV coverage

This one could be for the record books, as the fighting couple of Bryan and Hanna, both won and lost this past week. They weren’t fighting each other, rather each gave and took blows in the boxing ring in their respective matches. 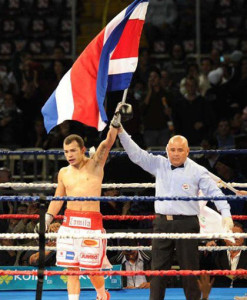 The winner, Bryan “Tiquito” Vasquez (30-1, 16 KOs) made a successful return to ring action with a one round knockout of Dominican visitor Luis Ernesto Jose (31-11-2, 26 KOs), on Thursday at the Ricardo Saprissa stadium in San José.

The loser, Hanna Grabriel, whose night didn’t go very well after being shockingly knocked out in just two rounds by unknown 18-year-old challenger Oxandia Castillo (12-0-2, 9 KOs) of the Dominican Republic.

Hanna  is the daughter of Yolanda Valle Moreno and Lesslie Gabriel Binns, a promising boxer who qualified for the Olympic Games in Moscow 1980, but was unable to attend.  Her career has been highlighted by several international victories. On December 19, 2009 Gabriel won the World Boxing Organization (WBO) welterweight (147 pounds) World Championship against Argentine Gabriela Zapata by technical knockout during the fourth round. 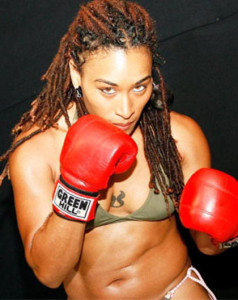 On January 14, 2010, just over a month after that victory, she renounced the title after suffering several blackouts due to her diet. On May 29, 2010 Gabriel defeated the Dominican Gardy Pena in Bayamón, Puerto Rico to win the World Boxing Organization (WBO) junior middleweight (154 pounds) World Champion title in a fight that lasted only 11 seconds. On January 11, 2011, Hanna won by TKO (Technical Knockout) to retain the World Championship Title against her rival, Melisenda Pérez.

On March 31, 2011, Hanna fought and defeated Melisenda Pérez once again while defending her World Championship Title during the inauguration acts of Costa Rica’s new National Stadium in front of 14.000 attendees. It took Hanna seven rounds to defeat her rival by knockout.[

Vasquez and Gabriel have been married for over a year and at one point in 2012 both were simultaneously world titleholders. 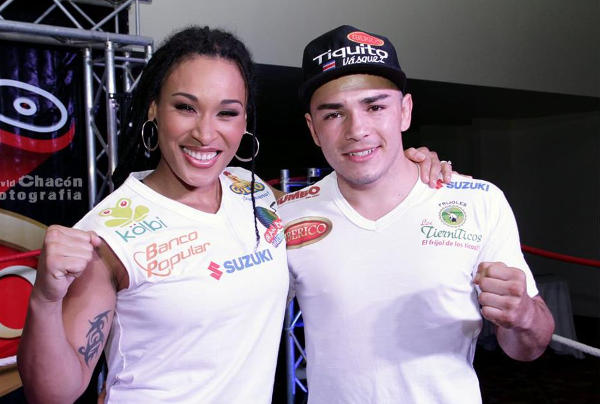 Gabriel is, by the way, the more popular of the two among boxing fans in the Central American nation and was the main event of the card on Thursday.

QCOSTARICA - Characteristic of the rainy season, we will see rain in the afternoons and nights in the Central Valley, the entire Pacific coast,...
Politics