A Piece of the Berlin Wall in San José, Costa Rica

COSTA RICA PHOTOS — Twenty fives years ago today the Berlin Wall fell. For 30 years, the Berlin Wall was the defining symbol of the Cold War, separating families and keeping the people from jobs and opportunity in the west.

Pieces of the Berlin Wall can be found around the world  Berlin Wall, from Taiwan to South Africa and Costa Rica, where it stands in the courtyard of “Casa Amarilla”, the  Ministry of Foreign Affairs,  in downtown San José. 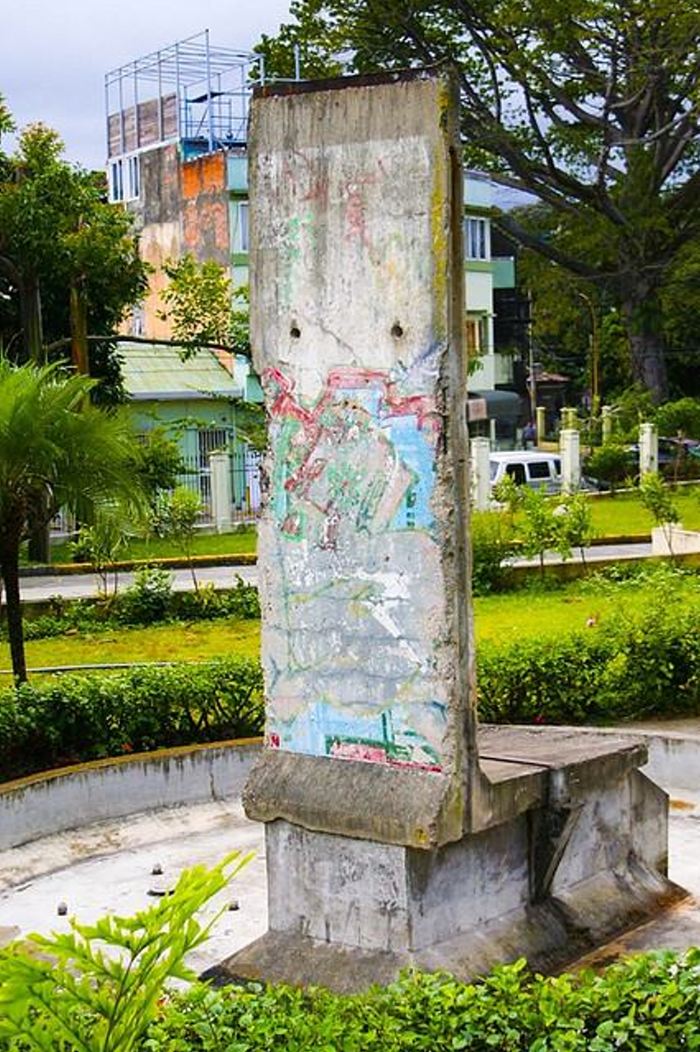 On August 13, 1961, the Communist government of the German Democratic Republic (GDR, or East Germany) began to build a barbed wire and concrete “Antifascistischer Schutzwall,” or “antifascist bulwark,” between East and West Berlin. The official purpose of this Berlin Wall was to keep Western “fascists” from entering East Germany and undermining the socialist state, but it primarily served the objective of stemming mass defections from East to West. The Berlin Wall stood until November 9, 1989, 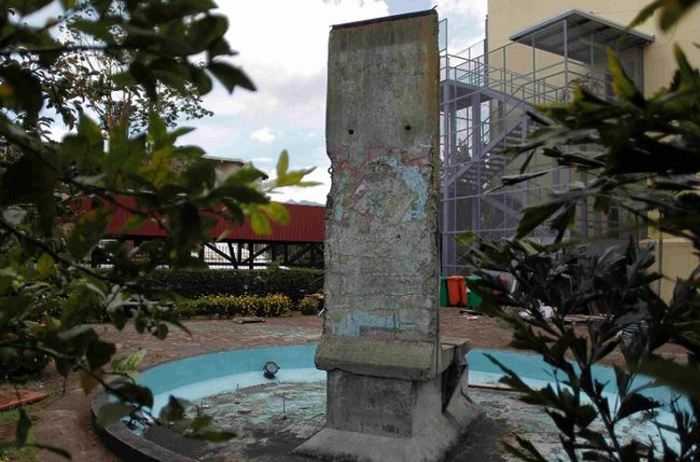 QCOSTARICA - Good news for Ticos with traveling fever! From Friday, June 25, Germany will allow entry of travelers from Costa Rica as long...
Health