Constitutional Court Decision Puts An End To The Traffic Cameras

COSTA RICA NEWS — The Constitutional Court (Sala IV) this week delivered a fatal blow to the traffic camera system of fining speeding drivers , a with the decision to strike down the “mandatory” registration of an email address by all drivers.

Based on the changes to the Ley de Tránsito (Traffic Act) of 2012, the Consejo de Seguridad Vial (COSEVI), had required every driver to register, for notification purposes, an email address. Drivers who did not heed to the requirement, a default email would be used giving the transport authority the legal basis for having issued notification.

The notification was important to the ability to issue traffic tickets of speeding by drivers picked off by the traffic cameras, without the personal delivery of a traffic official, as is required in most cases.

The Court ruling followed a recurso amparo (complaint) filed by the Defensoria de los Habitantes (Ombudsman’s office) opposing the “mandatory” in the law. Carlos Rivas, head of the COSEVI, said many drivers complained to the Defensoria about having to disclose the personal information.

Currently, the Policia de Tránsito (traffic police) are using traffic cameras combined with a radar unit. The cameras/radar is operated by one official, while other officials stop the vehicle and personally issue the fine to the offending driver.

Saga of the traffic cameras
Going back a few years, in 2010, the COSEVI spend millions installing 12 cameras that constantly monitored traffic at five major points. After numerous delays, the traffic camera system went  live, picking off some 15.000 drivers, before it went dark some six weeks into the program.

The Court ruled in favour of drivers picked off by the cameras, leading to a change of the traffic laws. The COSEVI published a list of offending drivers, a few thousand paid the fines. For the remaining who didn’t all was forgiven, as the courts ruled the notification wasn’t legal. (The drivers who paid never got a refund.) 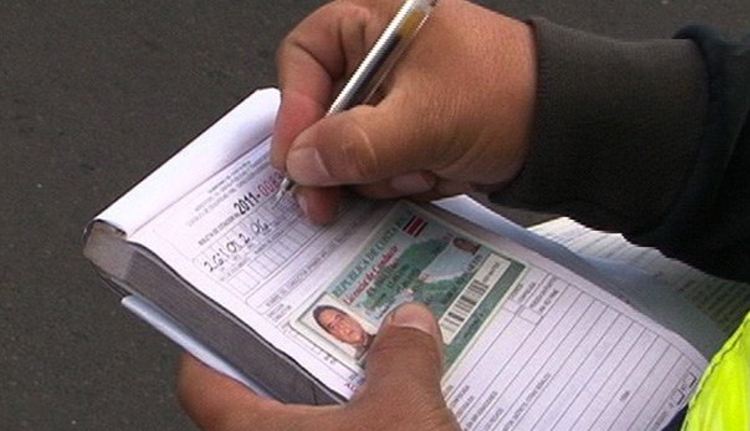 With the introduction of a new traffic law in 2012, armed with the “mandatory” email the COSEVI announced the camera program would be back in operation. The cameras were to have gone live in March 2013, then April, then soon… by July the program went dark.

Despite having the law to notify offending drivers, COSEVI needed a system to send the notifications. For this it turned to the state telecom, Radiografica Costarricense (RACSA).

However, negotiations between RACSA and COSEVI didn’t go so well.

COSEVI had the ambition to install 150 traffic cameras across the country, but not the money to do so. RACSA had the money and the technology. Also the infrastructure to notify drivers by email and/or by telegram.

RACSA, a subsidiary of the Instituto Costarrincense de Electricidad (ICE) was created in law to provide provide telegram service and then in the 1990’s becoming the sole provider of internet services.

Under the deal, COSEVI would monitor the cameras and issue traffic fines, while RACSA would install and maintain the network and send the notifications. The deal breaker was RACSA’;s demands for US$5.000 monthly for each camera,  plus a percentage of the fine.

With the recent Constitutional Court ruling, the program can be said to be completely at an end. Unless the COSEVI comes up with another ingenious way to notify offending drivers.

QCOSTARICA - For this Wednesday, the arrival of the fifth tropical wave of the season is expected, thus reinforcing the rainy activity mainly to...
Expat Focus