A Skunk By Any Other Name

TODAY IN COSTA RICA – Would a skunk by any other name be less pungent? Even the infamous Pepe Le Pew had his charms, just as Ciudad Cariari has a golf course. The other distinguishing quality that Cariari has in common with Pepe Le Pew is an abhorrent aroma that permeates the neighborhood, guaranteed to make your eyes water and lymph glands swell.  The place stinks.

The golden days of the Golden Triangle of San Jose, Cariari and Escazu are over.

My gratitude goes out to M.Sc. Esteban Salazar Acuña, Gestor de Residuos de la Unidad Ambiental of Municipalidad de Belén for his speedy and detailed response to my request for information regarding the recent landslide at the municipal dump located in La Carpio.  As of yesterday, Mr. Salazar Acuña stated that the waste had not yet reached the already contaminated Rio Virilla.

Today (Wednesday) is quite another story. This morning I left my home near Centro Corporativo El Cafetal and went back down into the bowels of Bosque Doña Rosa for another look, and what turned out to be a scatological expedition.  The stench seems to be moving west with the wind along the river.

To be sure, several pieces of heavy equipment on the other side of the river were busy moving earth, human waste, and trash in an effort to control the already disastrous repercussions of the slide.  The noxious fumes from the La Carpio Dump reached as far north as the Cariari Country Club and continue west as far as the wind will carry it.

In addition to the ecological damage resulting from what can only be described as Municipal Waste Mis-Management, there are devastating financial consequences for the residents of Ciudad Cariari.  There are For Sale signs in Cariari that have been up so long that they are bleached by the sun and hardly readable.

Property values in Cariari are proportionally lower than in luxury developments located in the Northern part of Asuncion de Belen like Manantiales and Residencial La Jolla. Sure, your favorite Cariari Real Estate Broker will tell you that you can have a 400 m2 four bedroom home on a one thousand meter lot for a fraction of the cost of a similar home near The Marriott Belen or Centro Corporativo El Cafetal.

This may be true, but the more unscrupulous brokers will fail to mention the potential health risks of living within sniffing distance of an ecological disaster.  Buyer beware. 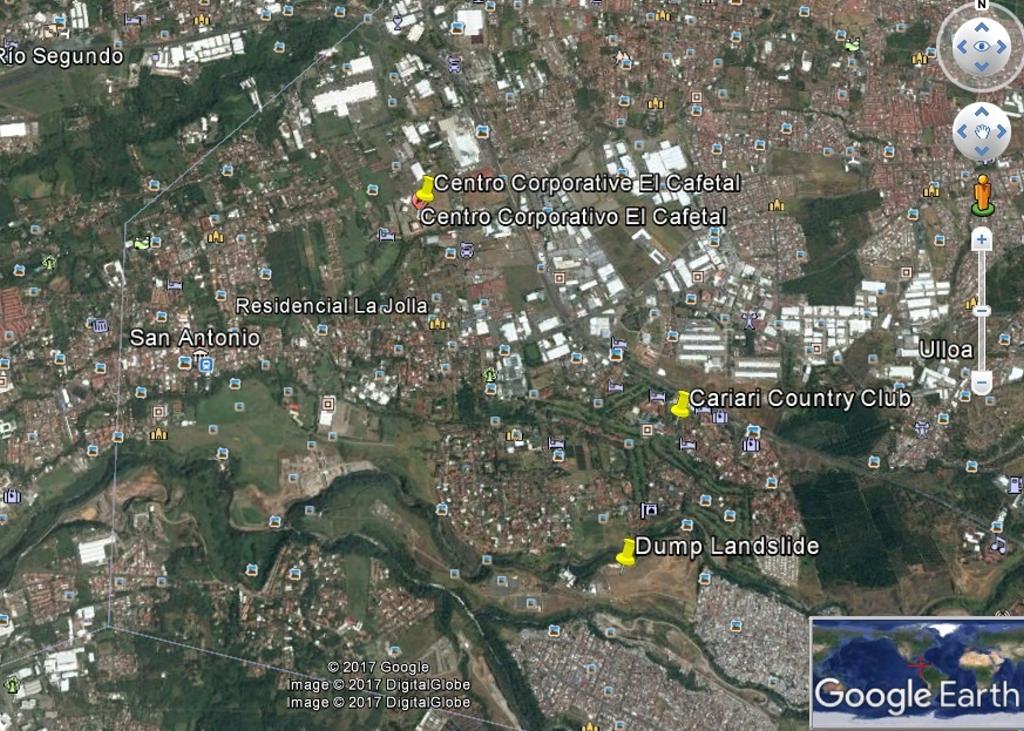 Rafael Stumbo
Writer at large. MFA in writing from Emerson College, Boston. A Perpetual traveler and serial entrepreneur, he has owned and operated a number of businesses in Costa Rica where he resides and holds citizenship. Italian by heritage, Neoyorquino by birth and Costa Rican by choice.