Zen Dog Duke Chronicles: Nothing Happens For A Reason

I left the house this morning with Zen Dog Duke just after dawn. The private school buses were making their rounds in our neighborhood, collecting young students in shorts with sox that match their school colors, some with sweaters and ball caps and backpacks. 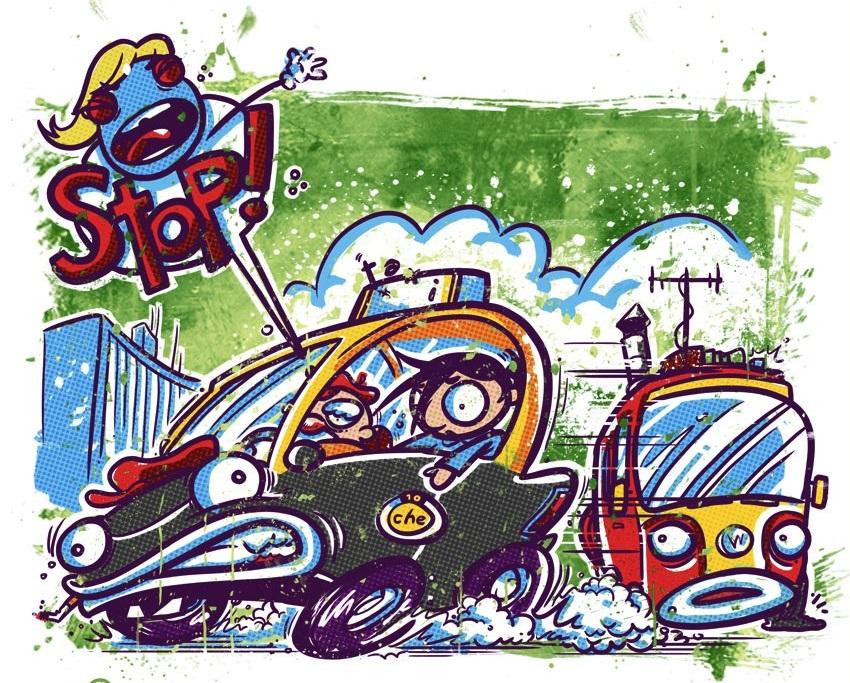 It was overcast and cool this early in the morning and mothers in yoga pants watched from their doorways as their small children climbed up and were assisted into their seats on the busses.Duke and I walked three hundred meters south down the

Duke and I walked three hundred meters south down the avenue from my house, and then we crossed the busy four lane commercial street at the first break in the traffic.  Once on the other side, we jogged east and then south again downhill until we got to the green center of the Boulevard Bosque Dona Rosa. The boulevard leads to a quiet winding street where first you come to a private school on the right, and then the street curves to the left and around the golf course.  It’s a good place to walk or jog, and it’s quiet in this neighborhood so you can comfortably listen to the music playing in your earbuds, or hear the narrator of your audio book.

I was listening to The Portable Atheist, by Christopher Hitchens. It was a book that I had read before and like most of Hitchens’ work, you have to go over it many times to fully appreciate the scope of his genius.  Duke was sniffing the grass and the breeze was cool and I could feel the sweat from my brow begin to evaporate.

Beware the irrational, however seductive. Shun the ‘transcendent’ and all who invite you to subordinate or annihilate yourself. Distrust compassion; prefer dignity for yourself and others. Don’t be afraid to be thought arrogant or selfish. Picture all experts as if they were mammals. Never be a spectator of unfairness or stupidity. Seek out argument and disputation for their own sake; the grave will supply plenty of time for silence. Suspect your own motives, and all excuses. Do not live for others any more than you would expect others to live for you.

I was listening to a particularly interesting part of the book, digesting a passage that I enjoyed and thought profound. At this moment a plain woman in a common car pulled up alongside us and with a thick local accent yelled from the window in English, “Hey mister”.

A school bus was right behind her and the driver laid on the horn forcing the lady in the common car to keep moving along.  I ignored her. The book was good and the boulevard was green and I was running the Hitchens’ passage over and over in my mind.   We walked a few hundred meters more, and looking up I watched as the plain woman in the common car made a U-Turn and headed back in our direction.

This time she rolled down the window of her common car and broke the silence by yelling in our direction, “Señor, creo que conozco tu cara”.

She was insistent this time and said, “Bueno, yo creo que todo sucede por una razón”.

I had not put my iPhone on pause and Christopher Hitchens keep speaking into my ear.  I would have to pause and search to get back into the grove before this interruption.

Take the risk of thinking for yourself, much more happiness, truth, beauty, and wisdom will come to you that way.

She looked at me, started to speak but then hesitated.  I was sure she was about to utter a passive aggressive but typical and common benediction. Local sarcasm. A poor substitute for wit exploited by the witless. By default, they assume the power necessary to invoke the graces of their omnipotent and simultaneously omnipresent imaginary friend. By simply uttering their abracadabra, they are filled with an air of superiority vanquishing any and all obstacles to their will.  I put the ear bud back in just as she was saying, “Dios lo bendi…”  Duke tugged on the leash. I rewound my book by three minutes and we continued walking.

Zen Dog Duke and I continued along the edge of the golf course, down a steep hill and under a high golf cart bridge that connected the front 9 with the back.  We came up on the other side by the club house and then we walked on the grass along the service road to the highway. I could see a city bus at the stop ahead and noticed only one passenger stepping down from the bus to the curb.  Just past the club house a small man with a moustache and back pack was walking in our direction.  I had regained my rhythm, deeply engrossed in my book but my concentration was again interrupted by the small man as he approached and I heard him say,

“Disculpe señor, hay un puente por aquí, uno muy alto en el aire?” He was a Nicaraguan day laborer, looking for the entrance to the maintenance sheds of the golf course. “Si,señor” I said. “cuatro-cientos metros, más allá”, and I pointed in the direction of the bridge.  “Gracias,” he said simply, and continued on his way.

The only position that leaves me with no cognitive dissonance is atheism. It is not a creed. Death is certain, replacing both the siren-song of Paradise and the dread of Hell. Life on this earth, with all its mystery and beauty and pain, is then to be lived far more intensely: we stumble and get up, we are sad, confident, insecure, feel loneliness and joy and love. There is nothing more; but I want nothing more.

Zen Dog Duke and I trotted past The Hard Rock Café and I was wondering if the little man with the mustache and backpack had made it to the maintenance shed of the golf course yet.  He was polite and sincere, a little lost but anxious to find his new job. His intention was not motivated by a metaphysical notion like the woman who yelled out the car window “hey mister”. He was not a cliché character laden with thoughts of alchemy planted by some Brazilian witchdoctor from a TV novela.

That’s how the Chilean writer Roberto Bolaño described the voodoo writer Paolo Coelho. No, the Nicaraguan man probably just wanted to cut the grass, rake a sand trap with no philosophical justification for the vagaries of life. He appeared to be a sensible and simple man intent on getting to work. His only motivation was to preserve his own well-being, to eat and maybe feed someone else.

He wanted to find the bridge that was high in the air, and then enter the maintenance shed. To assume that the delay created by the woman yelling “Hey mister, I think I know your face”, was just enough to put me at the bus stop as the little man with the mustache and backpack stepped to the curb is absurd. There was nothing pre-ordained about the inquisitive woman or the man who asked directions. No Prime Mover had put us in our places this morning. Nothing happens for a reason.

Rafael Stumbo
Writer at large. MFA in writing from Emerson College, Boston. A Perpetual traveler and serial entrepreneur, he has owned and operated a number of businesses in Costa Rica where he resides and holds citizenship. Italian by heritage, Neoyorquino by birth and Costa Rican by choice.

By Amy Gdala, Guest Contributor - The US has a surplus...
Read more

TODAY NICARAGUA – The Nicaraguan government assures that the imprisoned political opponents detained on charges of “inciting foreign intervention” are “usurpers” financed by the...
Cine (Movies)

QCOSTARICA - This week there could be very good news for the country in the fight against the coronavirus pandemic if the College of...
Peru