Al Gore In Costa Rica To Give Talk To International Students 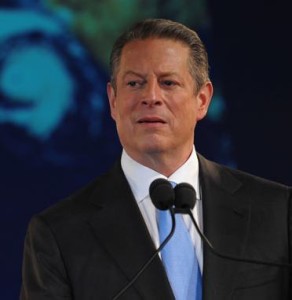 Former U.S. vice-president, Al Gore, has been in Costa Rica since Friday to offer a talk on sustainable development to a group of students from Canada and the U.S.

The president of Terra Partners, Javier del Campo, confirmed the visit and that his company had made the invitation.

The students, who have been in Costa Rica this past week visiting places like InBIO Park and EARTH University, listened to Gore’s speech on Saturday.

The American politician was awarded the Nobel Peace Prize in 2007 for his contribution to global action against climate change and also starred in the Oscar winning documentary, “An Inconvenient Truth”.