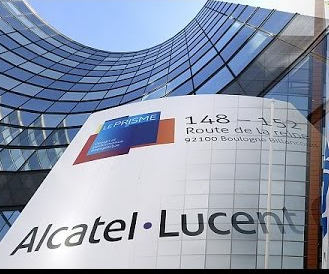 (QCOSTARICA) – The Instituto Costarricense de Electricidad (ICE) reports accepting a settlement of US$10 million dollars from Alcatel-Lucent, after reaching a settlement for damages following the case known as the ICE-Alcatel scandal.

On June 8 of this year, the ICE Board of Directors authorized the settlement agreement, with the provision that the resulting lawsuits in the case continue.

The case of alleged bribery first broke in 2004 when La Nacion headlines screamed “corruption”, saying that the Alcatel company had paid bribes to ICE managers to win a US$419 million dollar cellular telephone network contract.

It all started in the 1990s when Costa Rica started to transition from TDMA mobile telephone technology to GSM. The deal resulted in the first GSM cellular network in Costa Rica. The scandal led to the indictment of top government officials including ex-President Miguel Angel Rodríguez (1998-2002), ICE managers and Alcatel top executives.

The  former president was convicted over the scandal in 2011, but that was reversed on appeal in 2012, and that decision overturned in late 2014. The appeals court has ordered a review of the acquittals.

Post ALCATEL/Lucent Technologies merger in 2008, the company began attempts to negotiate an out-of-court settlement in the civil case, making an initial $10 million payment to ICE, who initially rejected the proposal.

Even after the Nokia-Alcatel-Lucent deal is completed, the company will be continuing pay to pay lawyers in Costa Rica, as the company continues its involvement in US$52 million dollar civil action and outstanding criminal matters involving former Alcatel managers in the region.

Q REPORTS (Council on Foreign Affairs) Democracy is being destroyed in Nicaragua. This has been the long-term project of Daniel Ortega, the country’s dictator,...
Politics

QCOSTARICA - Costa Rica received this Sunday morning, June 6, the second direct shipment from AstraZeneca of vaccines against covid-19. The flight landed at 11:05...
Reports