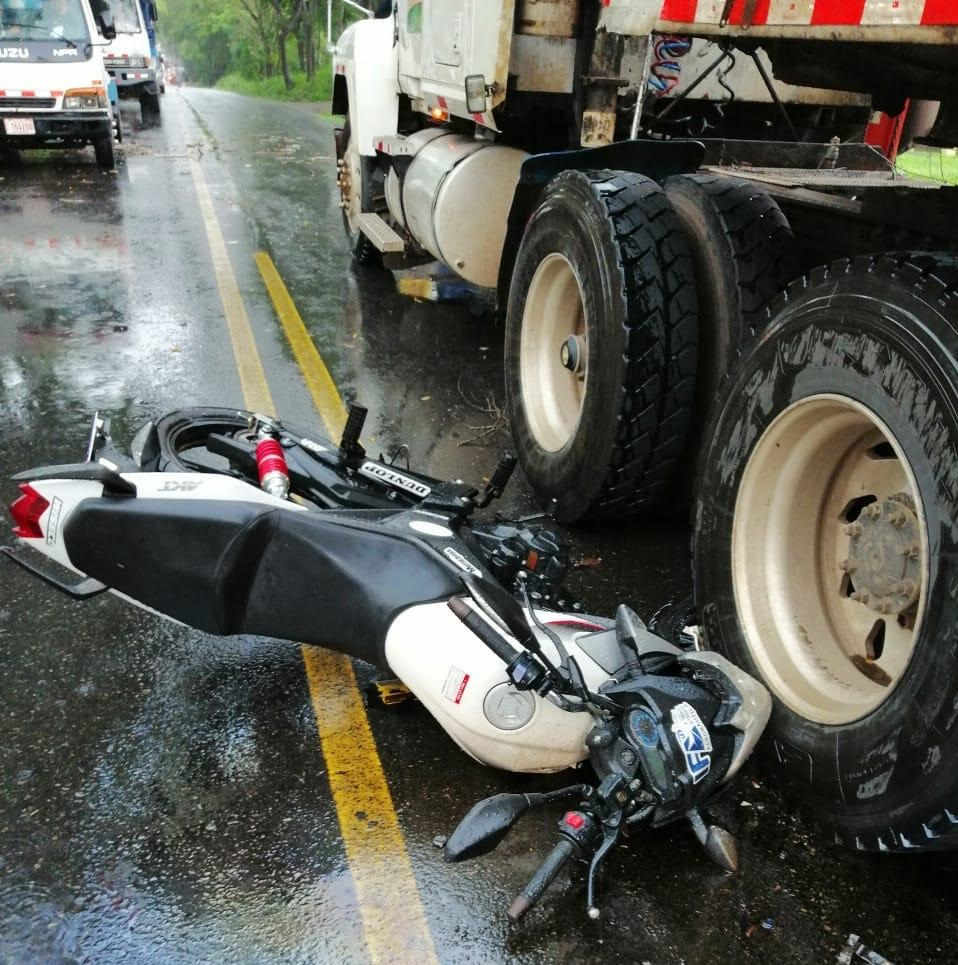 They came out alive only by what can only be described as a miracle! These impressive photographs show the quadruple collision after the falling of a tree on the Interamericana Norte (Ruta 1), in Puntarenas.

According to the first responders, the falling tree provoked a frontal collision between a bus and a tractor-trailer, when another bus and a motorcycle mixed it up.

According to a spokesperson for Bomberos, no person required hospitalization, in spite of the appalling nature of the crash. Only material damages were reported.

The traffic accident occurred around 4:00 pm Friday in the area of the Lagarto river. Traffic in the area backed up for kilometers until crews were able to remove the debris, including the fallen tree, from the roadway.

- Advertisement -
Paying the bills
Previous articleFather and Sons Arrested in Guapiles Club For Pimping
Next articleAldesa claims to have lost more than ¢3.8 billion as a result of raid

The Internet can be a scary place for people...
#Cyberattack