Araya Is The Only PLN Presidential Candidate 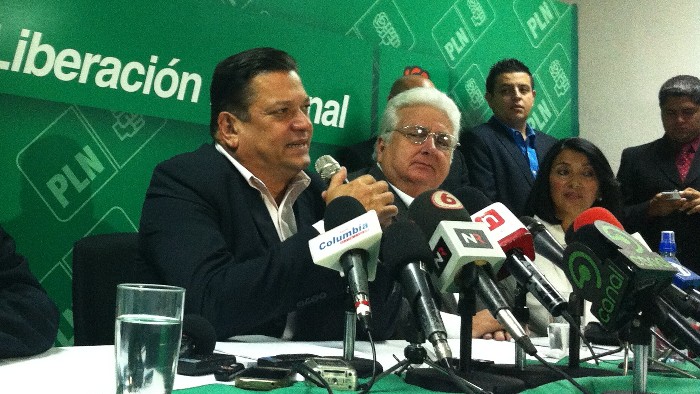 At a press conference Wednesday, Fernando Berrocal, with Johnny Araya, told PLN supporters and news reporters that he would not seek the Partido Liberacion Nacional (PLN) party nomination and would support fully a Araya presidential bid.

With the resignation of Berrocal yesterday and Rodrigo Arias last week, Johnny Araya is the only candidate left for the party nomination ahead of the April 21 convention.

In a press conference at Balcon Verde, the PLN offices in La Sabana, the decision by Berrocal was confirmed after days of speculation.