Baldí Arrives At Courthouse In Ferrari, Defending Himself Against A Defamantion Suit Brought By Former President Chinchilla 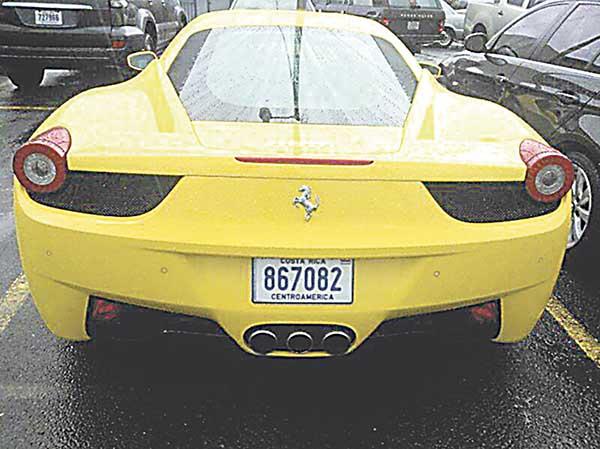 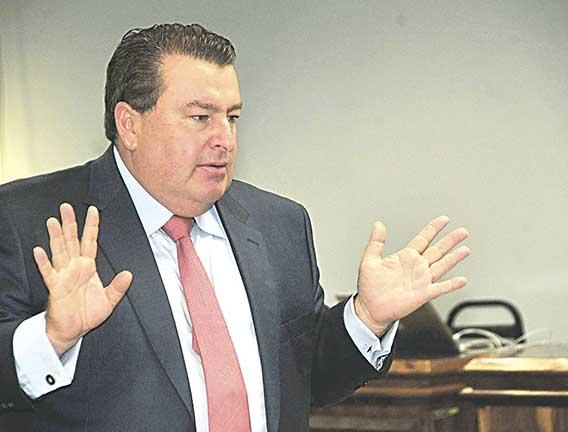 The “chuzo” (a Costa Rican term) that has attracted the curiosity and attention of employees and visitors alike at the downtown courthouse, belongs to Alberto Rodríguez Baldí who has been arriving at the downtown San José courthouse all week, defending himself from a lawsuit by former president Laura Chinchilla Miranda.

Chinchilla is suing Baldí, alleging that Baldí damaged her honour.

Baldí,  a San Carlos hotel operator,  says that all he did was copy and paste a post on his Facebook page about the former president about her alleged profiting on a land deal worth millions of dollars in Nicoya, Guanacaste. Baldí also commented on Chinchilla’s alleged businesses in wind power generation.

Chinchilla filed the lawsuit on June 26, 2013, while she was still president. She is asking for ¢100 million colones in damages.

On Friday, Juan Marcos Rivero, Baldí’s lawyer spoke to the Court on the mystery surrounding Chinchilla’s move from a humble home in Desamparados to the posh community of Villa Real in Santa Ana.

“Doña Laura is who lives only among the rich and famous, who has gotten rich very quickly, who puts her father, who was the Comptroller General at one time, as the front man. The text (of the published post) by client was not offensive, it does not have the capacity to injury doña Laura,” said the lawyer.

Rivero asked the court for an acquittal.