Bank guard who killed 3 assailants will not go to prison

The Prosecutor's office confirmed the man will not be prosecuted 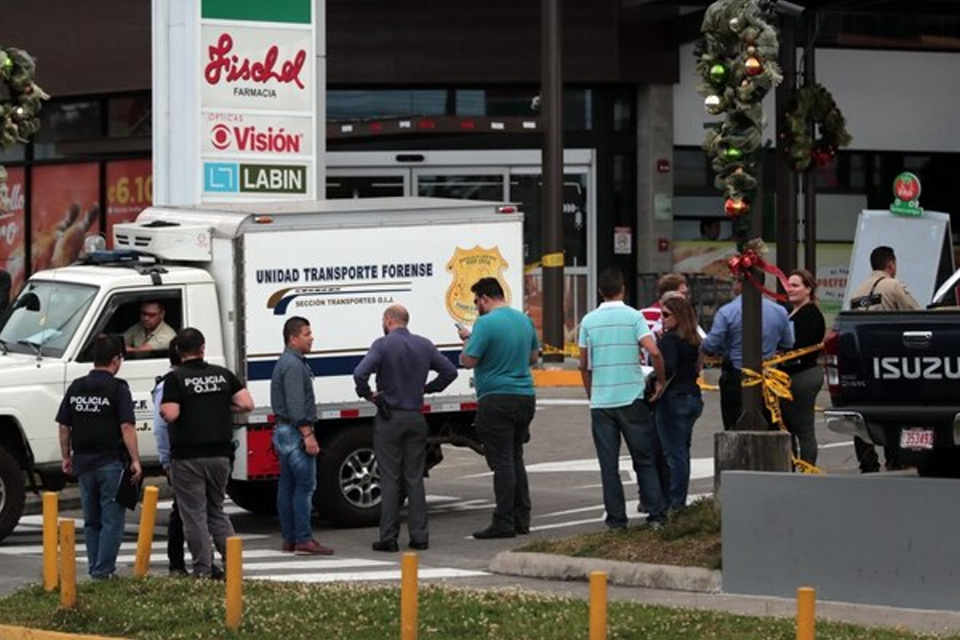 On the morning of Thursday, January 3, the guard at the BAC Coronado branch frustrated the assault by three men on a woman her husband, was carrying ¢30 million colones to deposit at the bank branch.

In what can only be described as a remarkable event, the guard, identified his last name Garbanzo, defended the bank customers and in the process took out – killed – all three assailants (father and his two sons)  in a shoot out in the bank’s parking lot.

Just like out an action movie, the guard, who was very alert and had a good record at the shooting range, struggled with assailants while he was fired on, in a cross shootout. Two of the assailants, Carlos Roberto Quesada Ramírez, 46 (father) and his son, Jessy Roberto Quesada Fuentes, 29, died at the scene; his other son, Daniel Quesada Fuentes, 21, died moments later in hospital.

The guard was also injured in the shootout, but not seriously.

The video and news of the bravery of the lonely guard went viral on the social networks.

However, since, many wondered if there would be any criminal consequences against the bank guard despite the fact that the videos show that his actions were fully justified.

The Prosecutor (Fiscalía del Segundo Circuito Judicial de San José) confirmed the man will not be prosecuted, that he acted in self-defence and to protect the potential vicitms of the assault. Now, it only remains that the Criminal Court dismisses case.

- Advertisement -
Paying the bills
Previous articleAvianca cancels 25 unprofitable routes
Next articleHe married as a man, had three children and now identifies as a lesbian transsexual

QCOSTARICA - Costa Rica is "this" close to allowing...
Health