Bank Manager Turned Robber Wants His Salary While in Jail

The Banco Nacional (BN) bank manager who admitted to stealing ¢378 million colones (US$756.000) has lost his appeal to receive his salary while in prison awaiting trial. 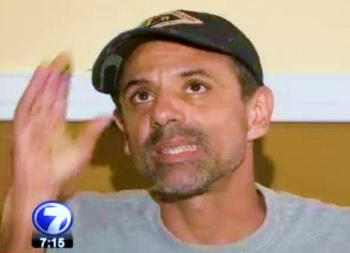 Juan Carlos Quesada, manager of the Playa Carmen (Cobano) branch of the Banco Nacional who made off with bags of money from the vault after closing, filed an appeal with the Constitutional Court to receive his pay.

The Court said the matter is a labour dispute.

Quesada surrendered to police on January 24, days after making off with the bank’s money, claiming he took the money because he had received threats. The Juzgado Penal de Hacienda imposed a three month preventive detention.

Banco Nacional spokesperson, Carlos Echeverría, said the Código de Trabajo (Labour Code) gives the bank the right not to pay the employee his salary while he is in jail.

The stolen money has yet to be found. Investigators have not been able to trace it, and Quesada is not telling them where it is and/or who he gave it to and/or who has it.

TODAY NICARAGUA – Nicaragua, on Tuesday, March 2,  began to apply the Russian Sputnik V vaccine against covid-19 to people with chronic diseases, in...
Health

QCOSTARICA - The Ministry of Public Security (MSP) reported on Friday that, in a period of two weeks, 47 travelers have tried to leave...
Front Page

QCOSTARICA - Within a few months, the Juan Santamaría International Airport or San Jose airport (SJO), went from being “bustling” to becoming a practically...
Health

QCOSTARICA - "Don't be afraid, get vaccinated," are words of doña Irma Ceciliano, in a virtual conversation, along with three other seniors, telling President...
Health

QCOSTARICA - The pandemic is not over. Not yet. We still have some time to go before getting there. Perhaps that is the most...
Health

QCOSTARICA - A year into the pandemic, the government is throttling back on the press conferences to update the evolution of the pandemic. From the...
Fuel Prices

QCOSTARICA - At 12:01 am this Wednesday, fuels will be more expensive, as the third price hike of the year takes effect. The increase in...
Immigration

FINCA PARAISO (QCOSTARICA) At this time of the year many forested parts of Costa Rica are alive with the song of chicharras, cicadas. They...