The introduction of the new traffic law last Friday and the inability of transport officials to be ready for the changes forced the Banco de Costa Rica (BCR) to suspend its drivers license service to at least Wednesday. 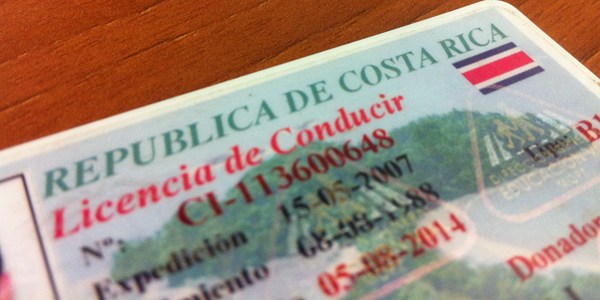 The BCR service offers drivers the option to make an appointment and process their license renewal at select brances, eliminating the long lines that are normal at the licensing offices.

The bank said it had suspend the service for the break in connection to the Dirección de Educación Vial and Cosevi database.

The Cosevi has been making changes to its infrastructure to comply with the new traffic law.

A BCR official who spoke to QCosta Rica said the service is expected to resume on Wednesday, but it could be several days when the bank will be able to connect to the Cosevi.

QCOSTARICA - Sinpe Móvil is easy to use. From your phone, you can send money to friends, family and pay for things. Or receive...
Turrialba

Today, Saturday, June 19, only vehicles with "ODD" ending plates CAN circulate The measure is countrywide and applied between 5:00 am and 9:00 pm, save...
Cine (Movies)