Black Market for a “Blanco” 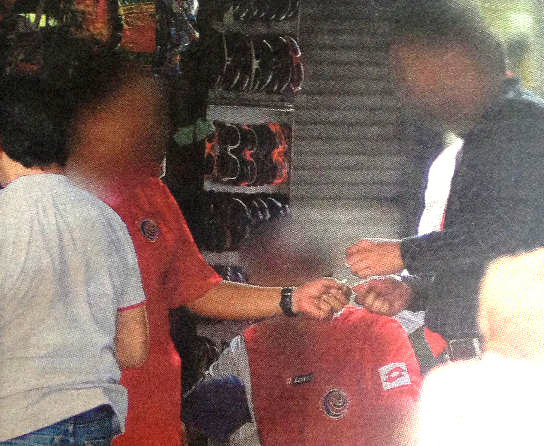 Buying a single cigarette – a “blanco” in Tico slang – and smoking it while walking in the streets of downtown San José has been around a long time. Today, however, sales of single cigarettes is “illegal”. 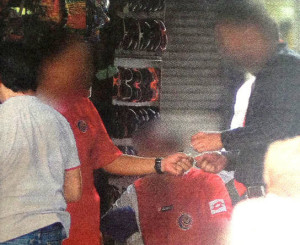 Article 18 of the anti tobacco law that went into effect in March of last year prohibits the sale of cigarettes less than a full 20 pack.

In “Chepe” (downtown San José), although the law makes it illegal, the black market for a loosie is at almost every corner.

The market, faced with the prohibition, is responding in creative ways, like coming up with new names replacing the well known lanco. “Me da una curita”  is one of the terms of the the new slang.

The sale of a single cigarette, though being a great service for the “social” smoker, it is a big earner for vendors who now are breaking the law with each sale.

One vendor told the Q, “times are tough, people don’t have the money to buy a full pack, one offers the single to satisfy the customer”.

What is apparent though, is that a vendor won’t sell the single just to anyone. Standing on one of the corners on the Boulevard, we can see vendors looking twice over a potential customer for a single cigarette. Some vendors will only sell singles to established customers, those customers making purchases before the change in the law.

The risk for the vendor is a fine of one half the base salary or ¢150.000 colones for each occurrence. No fine is imposed for the customer attempting to or buying a single cigarette.

The common thread among vendors is that despite the high fines, they take the risk due to necessity. Most of the vendors say they know that smoking is bad for health, but people have their vices and they have families to feed.