TICOBULL – This story I felt compelled to be told, it is a heart wrenching story of several friends and one of their friend I have yet to meet.

ANIMAL LIFE DEFENSORS IN COSTA RICA!! WHAT SHOULD WE DO??

I AM HORRORIFIED TO SEE SUCH CRUELTY!!

FUGITIVE FROM JUSTICE IN THE UNITED STATES

How long will we have to tolerate the abuse towards our animals??

My friend Gianina Soto, dentist, adopted a mutt puppy six months ago, and named him Avocado. She lives in her condominium house in La Jolla, Asuncion de Belen. 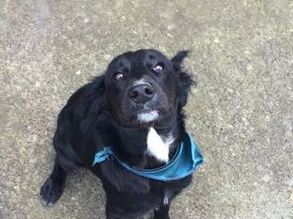 Yesterday night at 9pm, this man, Andreas Roman Leimer Siering, 51 year old Austriac-american, married to a Costa Rican woman, intenionally ran over the puppy like if there was nothing on the street. Watching the animal, he still didn’t beep.
Frank Moncada, the guard that was there at the momento, was able to witness everything, and he quotes Andreas words “The dog shouldn’t be out there on the Street”. He got back into the car and left with his wife.

The dog died probably because of an internal organ damage.

My friend, Gianina Soto, has suffered the loss of her puppy and we know that a person that does this to an animal is also capable of doing this to a human being.

This man is a race car driver and an online sweepstakes swindler wanted by the United States for fraud. He is wanted by INTERPOL and lives among us here in Costa Rica. Resindential La Jolla, Asuncion de Belen.

One month ago ABC news ran a story about him. (See videos below).

How long must we tolerate this criminal? Is there no law in Costa Rica?

(DW) Jon works for the local government in the US state...
Read more

By Amy Gdala, Guest Contributor - The US has a surplus of vaccines, while Costa Rica is struggling to supply sufficient numbers to citizens...
Front Page

Today, Thursday, June 10, only ODDS can circulate. The measure is countrywide and applied between 5:00 am and 9:00 pm, save for those under the...
Trends

The small Central American country of Costa Rica is known to be one of the top locations to retire, but it is also known...
National