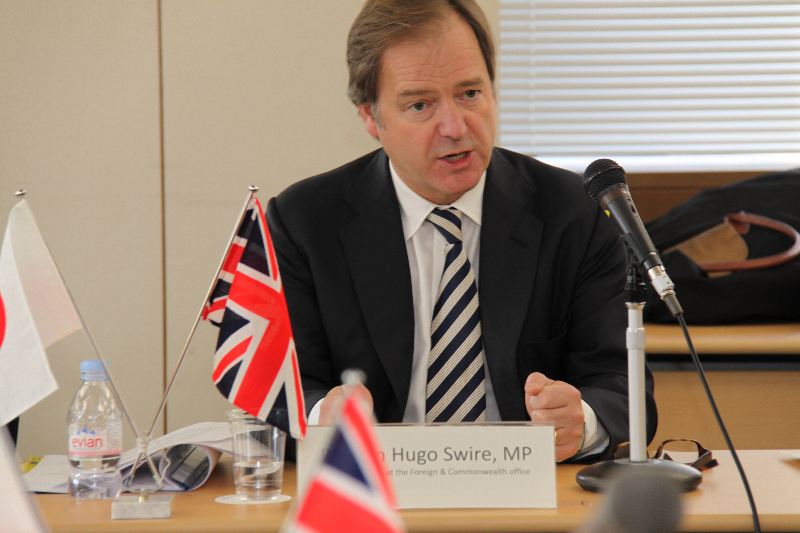 The British Minister of State for Latin America, Hugo Swire, will be in Costa Rica today (Monday 23 June) for his first official visit to this Central American country and the British Government’s first audience with the new government since the inauguration of President Luis Guillermo Solís on May 8, 2014.

The diplomat’s arrival is one day ahead of the World Cup game between Costa Rica and England.

Minister Swire will be meeting with the Vice President and Minister of Finance, Helio Fallas, to discuss different aspects of the bilateral and international relations between the United Kingdom and Costa Rica.

Meetings have also been planned with the Foreign Minister Manuel Antonio Gonzalez and the Minister of Foreign Trade Alexander Mora. Also included in the day’s agenda are a breakfast meeting with British businesses in the country and a visit to the non-governmental organisation, Rahab, which attends to victims of people trafficking, an issue that has received great support from the British Embassy in San Jose.

The United Kingdom considers Costa Rica to be an important strategic partner in this region, and is interested in deepening ties in areas of common interest, such as renewable energies, science and education.

Minister Swire, who is also responsible for Chevening, the UK government’s scholarship programme, will conclude his time in the country with a dinner with members of the ex-Chevening and ex-UK scholars network on the evening of 23 June.