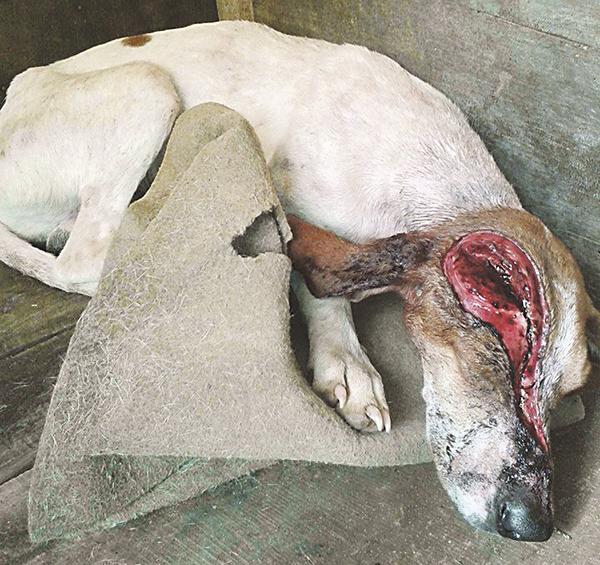 Brutal and soulless, was the attack suffered by Duke, who miraculously survive, if only for a few hours, a machete to the head. 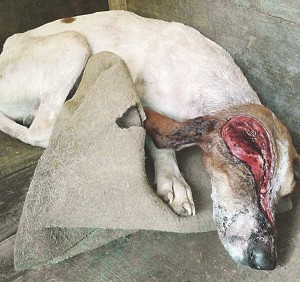 The attack was apparentely a revenge by a neighbour who had frequent quarrels with Duke’s owner, in Piedades de Puriscal.

The report by Diaro Extra says, seeing his enemy’s love for the dog, the man took a machete and without compassion struck at the dog in the head with the intent to kill him.

The street dog, a “zaguate” in Costa Rica, was despite the injuries able to flee, back to his home and dying in the hands of its owner, not enough time to get to the vet.

Speaking to the daily newspaper, the dog owner whose name was made public said, “I am scared, dismayed and angered by what he (the attacker) did, my fear he could do the same to me”.

Police are now investigating the case.