On April 1, Costa Ricans returned to the polls to elect a new president in a runoff that polling suggested would be one of the closest races in their country’s history. Numerous analysts described the election as a battle between progressive and conservative values, as evangelicals are becoming more prominent politically in Costa Rica. 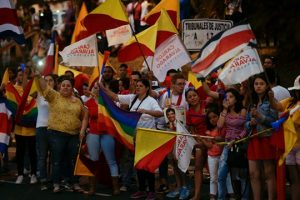 In the end, Carlos Alvarado Quesada, a novelist and former labor minister from the center-left Citizens’ Action Party, defied the pre-election predictions to soundly defeat Fabricio Alvarado Munoz, an evangelical singer and pastor, by more than 20 points.

It wasn’t an easy road to victory for the candidate of the governing Citizens’ Action Party – PAC – which rose to power in 2014 on an anti-corruption platform.

QCOSTARICA - The Caja Costarricense de Seguro Social (CCSS) reports that 70.3% of people over 58 years of age, the so-called Group 2 of...
Guatemala