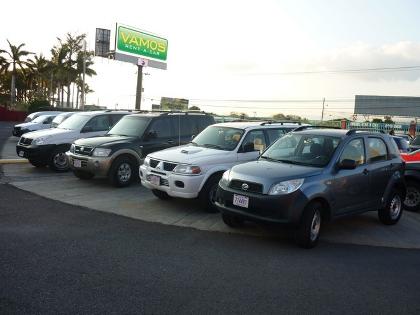 According to the Costa Rican Tourism Institute (ICT), the total number of visitors to the country last year is estimated to reach 2,300,000. Costa Rica is an ideal holiday destination because of its picturesque landscapes and mild climate. Driving in Costa Rica is an excellent opportunity to encounter the sights at one’s own pace. 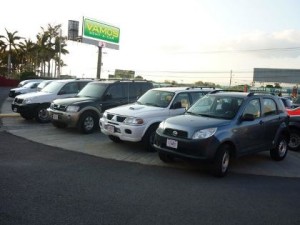 With offices in popular locations such as Liberia and San Jose, Vamos Rent-A-Car is an example of a successful Costa Rican car rental company, made possible by the increasing waves of tourists.

Even though the fourth quarter economic figures for the United States have not yet been released, it’s doubtful that its expansion will peak above 3 percent. Compared to the Central Bank of Costa Rica (BCCR) report, their economic growth could be in the neighborhood of 5 percent for the past year; slightly higher than expected.

Nevertheless, not everything is experiencing positive escalation in Costa Rica, namely their road network. The Department of Commerce’s International Trade Administration states the over 18,750 miles of roadway has fallen into disrepair; making the need for 4×4 vehicles more of a necessity than a luxury.

Four-wheel drive SUVs are a very popular choice and have helped to make Vamos a local leader as far as Costa Rican car rental firms are concerned. The proof is in the fact that in December of 2012, the company acquired another 35 vehicles with intentions to increase that number even further in 2013. In an interview Ricardo Vargas, marketing spokesman for Vamos, answered, “We are looking to add another 40 cars, bringing our fleet up to 175 units.”

Reviews and praise may be found across the web on such sites as Fodors, Frommers and Lonely Planet. One recent comment on Trip Advisor states, “There is no rental agency better, believe me – I called about eight before settling down with Vamos. I am sure that you will be very pleased.”

Vamos Rent-A-Car’s growth and success is attributed to their rigorous maintenance programs and personalized customer service. Offering safe and dependable vehicles at competitive rates since 2004, Vamos is the cost-effective alternative to the international rental franchises.