The president of Costa Rica added that corruption "condemns our economies to permanent backwardness and makes people stop believing in the system and in the political class." 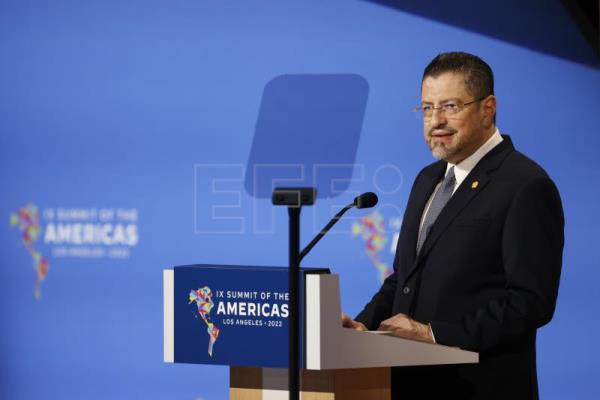 Q COSTA RICA (EFE) The president of Costa Rica, Rodrigo Chaves, said on Friday, June 10, 2022, at the Summit of the Americas that the fight against corruption and the joint approach to migration are two of the priority challenges for the region.

“A scourge that unites us and that we can only address when we understand that it requires collective action is forced migration due to violence, persecution and lack of opportunities in societies that have failed their citizens,” Chaves said in his speech during the summit.

The Costa Rican president assured that the continent’s challenge is “that there be balance, that prosperity and peace spread throughout the region so that no one has to leave their homeland expelled by hunger and fear.”

Chaves said that Costa Rica, a country of 5.1 million inhabitants, is the Latin American nation with the highest percentage of regular migrants in proportion to its population with 12%, but warned that this figure could rise to 20% if taken into account. count irregular migrants. 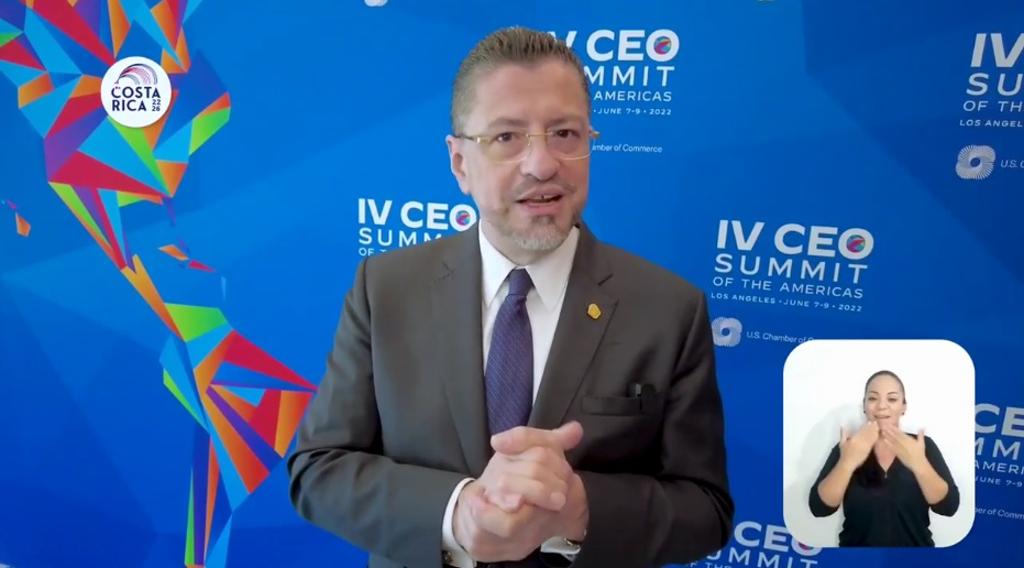 “This is a lot and requires resources that we simply do not have,” said Chaves after noting that the protection of migrants “concerns us all.”

Most of the migrants living in Costa Rica come from neighboring Nicaragua and the flows have increased since 2018 when a violent sociopolitical crisis broke out in that country as a result of the protests against the government of Daniel Ortega.

“Costa Rica has been a leading country in the integration of refugees and in the protection of migrants and we want to continue being that place of light. However, we are faced with the reality that the resources to continue to be a safe place for these populations are becoming increasingly limited. Our fiscal space is narrow and continuing to do the things that our hearts impose on us will require the cooperation of the international community,” Chaves said.

According to the Costa Rican president, another scourge that the continent must face in order to move towards prosperity is that of corruption, which he described as “an infamous evil of dark hands that ends up turning States into inefficient machines at the service of clientelism.”

The president added that corruption “condemns our economies to permanent backwardness and makes people stop believing in the system and in the political class.”

Chaves, who assumed power on May 8, 2022, affirmed that his country has “embraced the slogan of combating this scourge and promoting a culture where corruption in all its manifestations is simply unacceptable.”

The Costa Rican president called on the countries of the continent to work together to find solutions to the most pressing problems in the region, among which he also cited poverty, inequality, attacks on democracy and insecurity.

“Either we seek together the prosperity that our peoples deserve or we plunge together into a new lost decade,” he said.