Chinchilla Blames Frente Amplio For Demonstrations Against Her 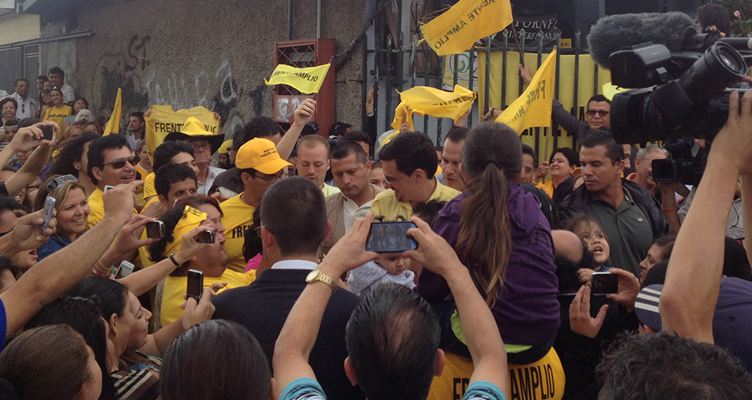 In a tour of Nueva Cinchona, in Sarapiqui de Alajuela, said that her “strict and responsible” wage policy generated the protest movements of Thursday and accused the Frente Amplio (FA) party, and its leader, former presidential candidate José Maria Villalta, of inciting the demonstrations against her.

[one_third][callout]The Nueva Cinchona arose from the destruction of Cinchona by an earthquake on January 8, 2009, that took 34 lives, including at least three children, and left about 64 people missing and injured at least 91. Hundreds of people were trapped and two villages were cut off.Most of the victims died when a landslide occurred near the La Paz waterfall by the Poás Volcano, and 452 people including 369 tourists were evacuated from the area in helicopters. 1,244 people were displaced in the immediate aftermath.[/callout][/one_third]Asked by a reporter if she was sure that the FA amplio was responsible for Thursday’s manifestations in front of Casa Presidencial (government house) in Zapote and protests across the country, the Presidenta replied saying, “without a doubt”.

On Thursday March 20, public sector workers that included teachers, students and medical care workers for the most part, took to the streets in what became a “mild” protest against the wage hike policies of the Chinchilla government.

For the first half of the year, in line with other increases during the last four years, the government set a 0.43% wage increase for the public sector workers. But, when benefits are taken into account, the salary hike is more like 5% and over. Public workers unions say the benefits are a right they have earned over the years and should not be part of the formula when considering wage increases.

The public sector wage policy for the second half of the year will now be the responsility of the new president and government that takes office on May 8.

A run-off election for the presidency will take place on April 6, between the Partido Accion Cuidana (PAC) candidate, Luis Guillermo Solís and the Partido Liberación Nacional (PLN),Johnny Araya.

On March 5, Araya announced his withdrawl from the presidential race. Costa Rica’s constitutional law does not permit a presidential candidate to quit, and in this past week Araya cleared things up by saying he has not withdrawn from the presidency – would serve out his term if elected, what he did was refrain from taking an active part in the campaign.