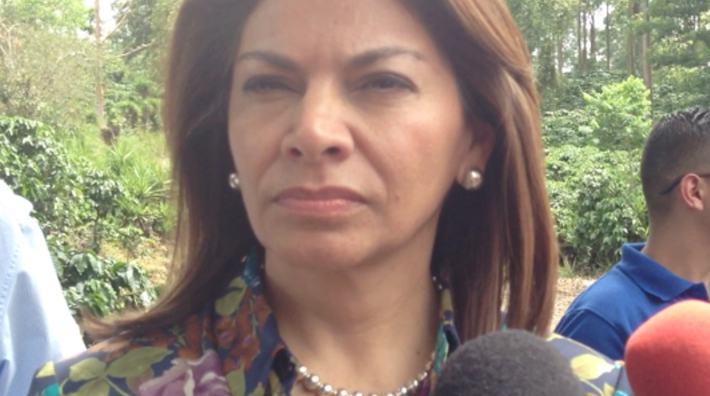 Presidenta Laura Chinchilla on Tuesday lambasted the government of Nicaragua, after denouncing claims that the northern neighbour is offering Costa Rican waters on concession for oil and gas exploration.

Chinchilla was clear in her message that, Nicaragua can do as it wishes with its country, but to respect Costa Rican sovereignty.

Chinchilla said “it is very clear that Nicaragua is practically selling their country and if they want to do so let them with their country, not with ours, and to respect the boundaries and national sovereignty”.

The presidenta’s words were made in Nicoya where Doña Laura arrived to participate in the opening a child day care centre in the Guancaste community and take part in Annexation celebration on Thursday.