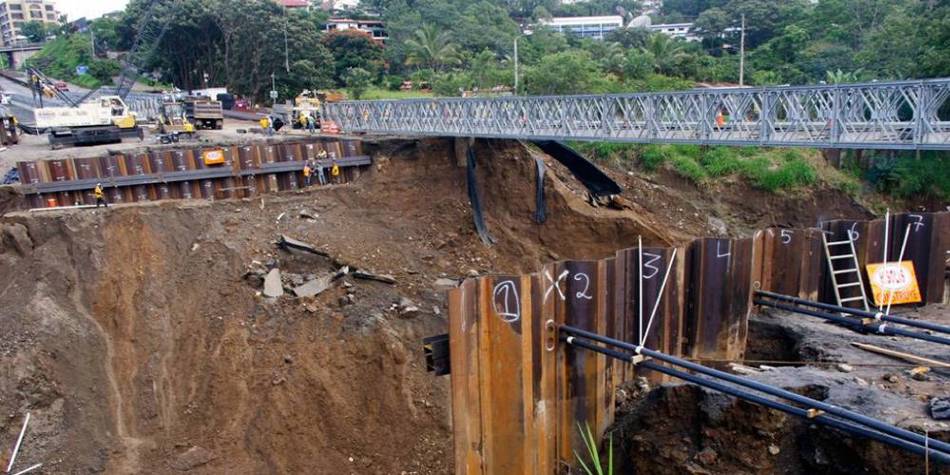 Codocsa, the same contractor who is repairing the “platina” bridge, will be building the permanent bridge on the Circunvalación, between Hatillo 8 and Pavas.

The ministro de Obras Públicas y Transportes, Pedro Castro, announced on Monday that Codocsa was the chosen bidder at ¢3.1 billion colones and will take six months to complete.

The MOPT chief explained that the “temporary” Bailey bridges will be in place by not later than November 17, after which the contractor can begin with the construction of a permanent bridge.

The two step – “temporary” and “permanent” solution – is to re-open the important roadway as soon as possible following the early September collapse.

Some 50.000 vehicles daily circulate the Circunvalación, whose traffic between Pavas and Hatillos, through La Sabana.