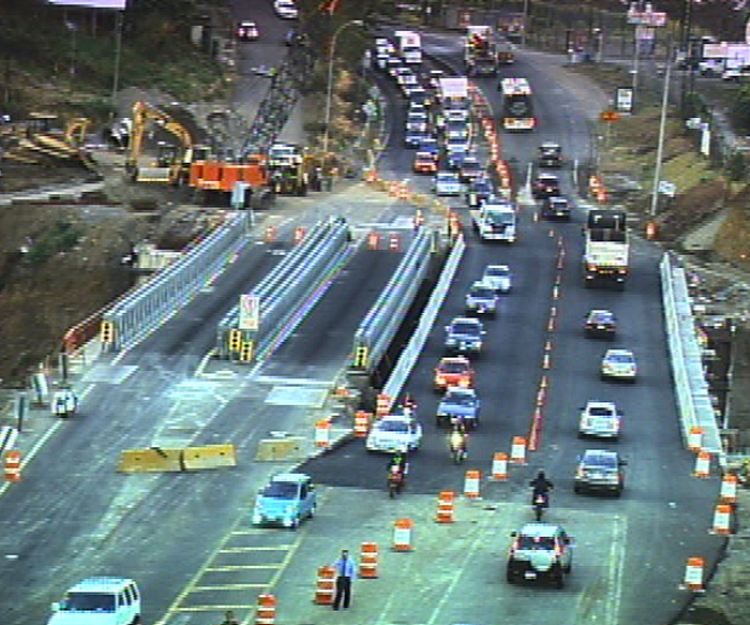 It was 5am this morning when the new permanent bridge of the Circunvalación, over the Maria Aguilar river, opened to traffic.

The bridge was to have been in operation Monday, but due to last Friday’s unusual rain, the pouring and curing of the concrete was delayed two days.

Despite the opening of the bridge, traffic through the area is still a nightmare for drivers, as Ministerio de Obras Públicas y Transportes (MOPT) commence work on dismantling the two remaining Bailey bridges and permanent bridge in its place.

Once complete, expected by the end of April, when traffic in the area will get back to normal.

In the meantime, the Cirncuvalación between Pavas and Hatillo will continue to be “paso regulado” and closed nightly between 9pm and 5am.

If you can avoid the area, it is highly recommended. Despite the police presence, traffic on the La Uruca – Hatillo direction piles up for more than 2 kilometres all day long and the Hatillo – Pavas direction, the same every afternoon.

Alternate routes are not much better during morning and afternoon peak hours.