COSTA RICA EXTRA – For ¢4.000 monthly, Claro in Costa Rica is offering a new option to watch movies, documentaries, tv series and even karaoke. The name of the service is called Claro Video. 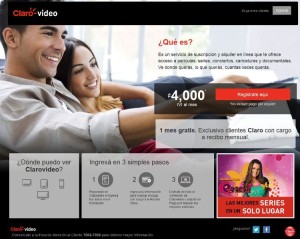 Claro says it offers customers tup to 12.000 titles between feature films and television series, which can be watched on a computer, tablet, smartphone or Smart TV or intelligent televisions. Also available is viewing on the Microsoft XBOX 360.

In difference to Netflix and Google Play Store, which is also available in Costa Rica, with Claro there is no need for a credit card

Customers can go online or at any Claro store to order the service.

QCOSTARICA - Southwest airlines will add a new route to the Daniel Oduber International Airport, in Liberia, this time connecting with the city of...
Economic Recovery