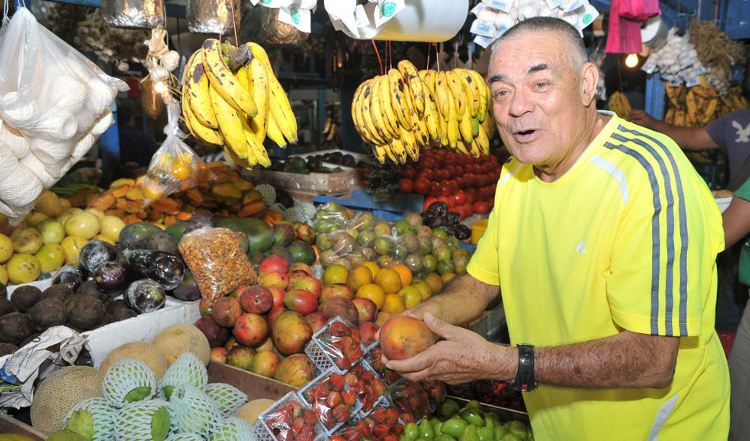 Dr. Alvaro Herrera, chief of nephrology at the hospital, explained that Obando had undergone a kidney transplant two days before but suffered cardiac complications. The wake was held Wednesday evening at La Piedad Funeral Home in Desamparados with the graveside service at Camposanto La Piedad in Cartago Thursday.

Dr. Herrera added that Obando received the kidney for which he had been waiting for three years but by Wednesday noon his condition was worsened by cardiac arrhythmia. The surgeon added that as early as Tuesday, heart problems began to manifest themselves.

Obando suffered from diabetes and renal problems which led to his having frequent dialysis. The irrepressible broadcaster of Deportes Repretel joked before the surgery that he was preparing to “kick it into the goal.”

In 53 years of broadcasting he was either loved for despised (more often the former than the latter) and even those few critics often found themselves using his colorful “folk expressions” that sprinkled his narratives of 4,000 matches, nine World Cups, innumerable bullfights and sport commentary shows.

Born in Cartago June 12, 1941, Obando was involved with sports from the beginning and played soccer for the junior team in his native city. He also boasted that he was one of the movers who enabled Jose Rafael Fello Meza Stadium to be constructed in that town.

But, a mere child, he later clarified in a daily Al Dia interview, his contribution was loading stones on his little wagon for transport to the site. (Obando could not resist making a good story of it, but in the end his respect for the facts overcame his colorful version.)

After high school graduation, Obando became a teller in Banco Credito Agricola de Cartago before going to Radio Reloj (then Radio Cristal) in 1967. But at first he was a sound engineer and only later was his voice heard on the microphone.

But, noted La Nacion, at only 19 years of age he showed a talent for sportscasting. A girl’s basketball game was his first time on the air. From Reloj he went to Radio Monumental where he paired with the well know Luis Cartin Paniagua. By the end of the 1970s he had passed on to television with Channels 2 and 6.

Although he specialized as a soccer sportscaster, in those earlier days he broadcast U.S. Major League Baseball, the NBA and even boxing. Meanwhile, Obando was listening to early advisors such as Jorge Pastor Duran. “Duran told me, be original and sooner or later people will like it.”

Pilo was that and more — he often referred to a blistering shot to the goal as a “cannon” and gave nicknames to players that were picked up by the sports media — Mauricio Montero, for example, was El Chunche. Enrique Diaz was “el Zancudo” and Rodrigo Cordero was “Rocky,”

But while he was leaving his stamp with listeners, he also was unafraid to mix it up with club owners and head coaches. And, at times, he suffered attacks of amnesia brought on by the excitement of the moment, such as in the Italian World Cup of 1990 when Costa Rica beat Sweden 2-1 and he was reduced to repeating over and over Hernan Medford’s name. (Medford was the hero of the match.”)