Cold Possible Cause Of Man’s Death in Downtown San José 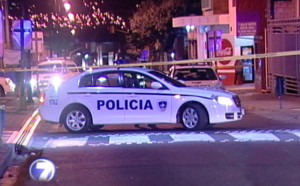 Upon arrival, authorites found the man had died some four hours earler and possible due to the bitter cold of the night.

An autopsy will reveal the exact cause of death, however, police say hypothermia is the likely cause of death of the presumed homeless man whose identity was not disclosed to the press.