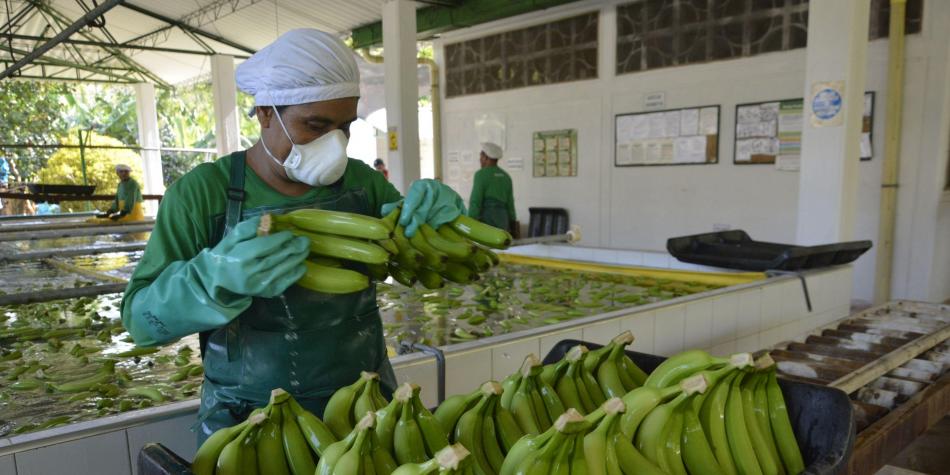 Colombia, one of the world’s largest banana exporters, declared a national emergency by detecting an outbreak of a lethal fungus for that crop on a farm near the Venezuelan border, an official source said.

“We will declare the national emergency, although (only) the presence of the disease has been confirmed in La Guajira, in order to speed up the disease containment processes,” said Deyanira Barrero, general manager of the state-run Colombian Agricultural Institute ( ICA).

The national emergency declaration implies that the authorities implement a special plan to prevent the spread of the disease.

The outbreak of the Fusarium Raza 4 Tropical (Foct R4T) was detected in mid-July on a farm in that Caribbean department, but the government sent samples to the Netherlands to confirm the diagnosis. The production was destroyed then and the property entered quarantine.

This disease has no effect on public health, so the fruit can be consumed with peace of mind. The danger is for the plantations

Since the detection, the authorities tracked 2,400 hectares of plantations and showed that only 175 hectares were affected, the official said.

“In the rest of the country no signs of the disease have been found,” the official said.

Barrero said Colombia will continue to export because the disease, also known as “Panama Mal”, affects only the plant and not the fruit, so it has no risk to human health.

“We have peace of mind with exports, because the countries that buy our products, such as the United States and the European Union, are not producers of bananas and bananas, therefore there is no sanitary risk for these markets,” he added.

Sixth world banana exporter in 2018 according to the Ministry of Agriculture, Colombia exported more than two million tons of that product in 2018.

Some 917,000 people live from banana cultivation in the fourth Latin American economy.