It’s been 70 days since the first case of coronavirus was confirmed in Costa Rica, today, Friday, May 15, the number of infections reached 843, adding 13 more than the previous day, according to the report of the Ministry of Health.

The new infections include that of a child under three months of age, who, Salas said, is in good condition.

In this way, the age range of the population infected since March 6 and to date extends from 3 months to 87 years.

At 1:00 pm, the Dr. Salas reported that 542 have recovered, the active cases dropping to 301, with 18 people hospitalized, five of which are in the intensive care, and 8 deaths.

The number of fatalities was updated later in this afternoon with the death of a 58-year-old woman, the first woman and the 9th person to die in the country. 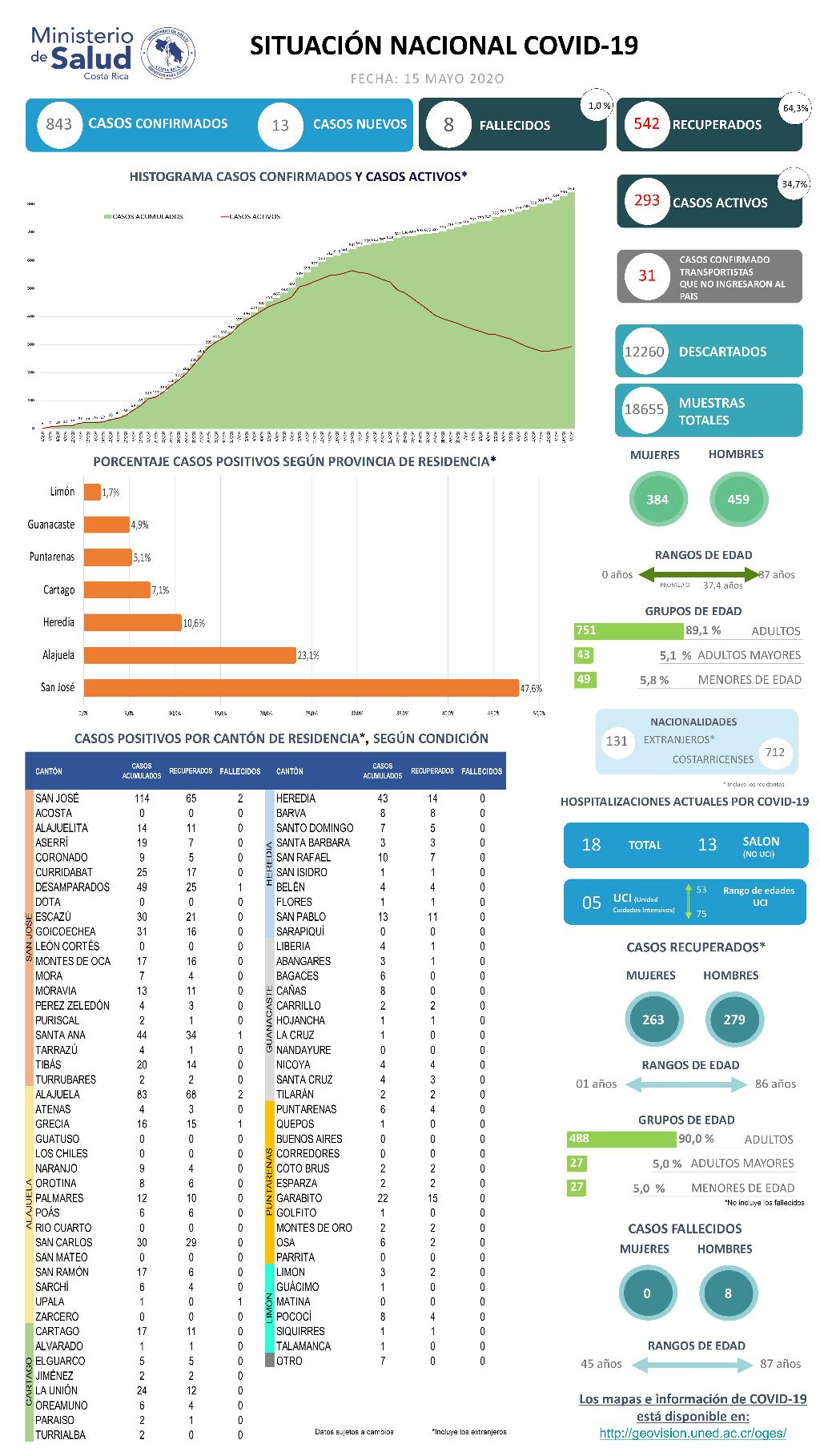 Truckers to move in convoy

Given the urgency of not stopping the movement of goods, starting this Friday evening, truckers will move from the northern border to the southern and back by way of a convoy, and under police escort.

The first group, about 50 trucks, will leave Peñas Blancas at 10:00 pm headed for Paso Canoas. Truckers will have one supervised stop.

“To guarantee less exposure of carriers and more agile handling, as of today a measure will be taken, which is that those who are in transit from north to south or from south to north will have a mobilization in convoys, that is, groups of vans in an operation coordinated with the Public Force, the idea is that they go directly with an escort,” said Salas.

The new measure eliminates the requirement of truckers who will not be staying in Costa Rica – only moving through the country headed for Panama to the south or Nicaragua to the north – of submitting to a covid-19 test and waiting for a negative result.

The testing has caused long lines of trucks, losses for the truckers who have had to spend days to complete border crossings, in poor sanitary conditions and spoiled merchandise in the case of perishables.