Costa Rica has won only one game against Canada, in 2005. 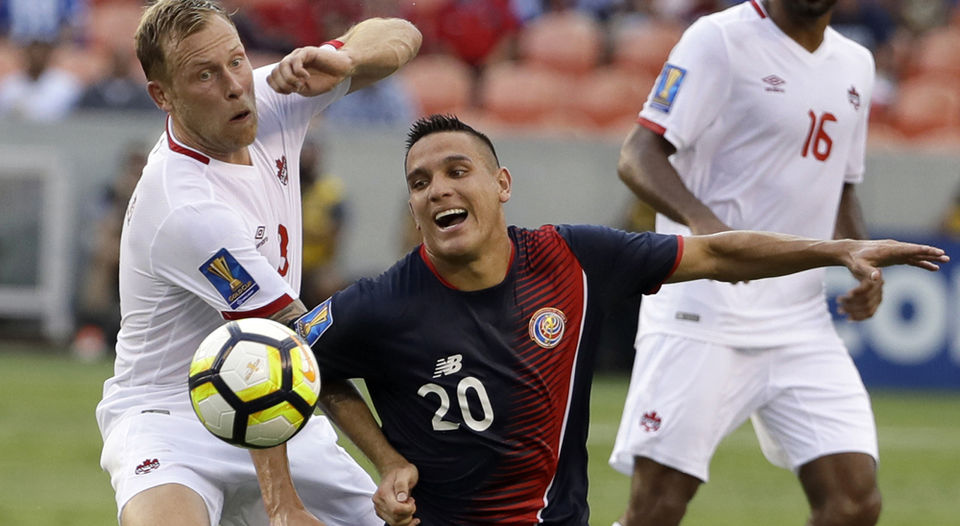 Francisco Calvo and Alphonso Davies each scored goals in the first-half of the Costa Rica – Canada Gold Cup play in Houston on Tuesday, ending in a 1-1 tie.

Davies gave Canada the lead in the 26th minute of play, Calvo responded three minutes before the halftime.

Costa Rica and Canada are now tied in Group A with four points each, though Canada is ahead because it has scored more goals.

For the Costa Ricans the tie is an achievement, given that the Ticos have won only 41% of the games against Canada and 12 years now without winning a single game.

In their history, the two teams have had eight encounters and the resutls are: five ties, two losses and one win.

The last time the Ticos won a game against Canada was in 2005.

In other Gold Cup play, Honduras may likely to be awarded the three points for a victory because of a forfeit when Guiana elected to play Florent Malouda despite CONCACAF’s ruling that Malouda, who played with France’s national team, was not eligible.

A decision on disciplinary action against Guiana for using an ineligible player is expected by today (Wednesday). Guiana elected to play Florent Malouda despite CONCACAF’s ruling that Malouda, who played with France’s national team, was not eligible.

If a forfeit is declared, Honduras would be one point behind Canada and Costa Rica in the group.

Gold IRA companies allow you to invest your hard-earned...