COSTA RICA NEWS The Directorate General of Civil Aviation (Dirección General de Aviación Civil) closed the file on the application made by Ticos Aira, in September 2013, to operate the San José – Mexico route. 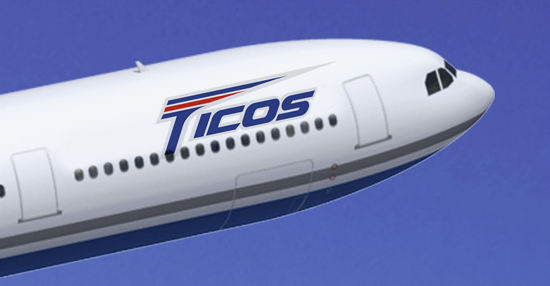 The Director General of Aviación, Alvaro Vargas, confirmed Friday that the company had been notified of the decision on Thursday, because it did not meet the requirements in the set time.

Related: New Tico Airline May Be Grounded Before Taking Off

According to Vargas, Ticos Air requested three extensions, and failed to meet the legal, technical and financial requirements to be certified.

Ticos Air had intended to operate flights between Costa Rica and Mexico City, filling a gap in service with the departure of Mexicana.

Still in the process of certification is Air Costa Rica. Aviación did not provide details on where that application stands.

The last airline in Costa Rica to receive certification was LACSA (Lineas Aéreas Costarricenses S.A.) now called Avianca Costa Rica.  In 1992 Grupo TACA acquires a major stake in LACSA. As a subsidiary of TACA, the airline was also known as TACA/LACSA. Since May 2013, LACSA has been owned by the Colombian airline Avianca, which bought  TACA.

This is how the CostaRica delegation paraded in Tokyo...
Travel