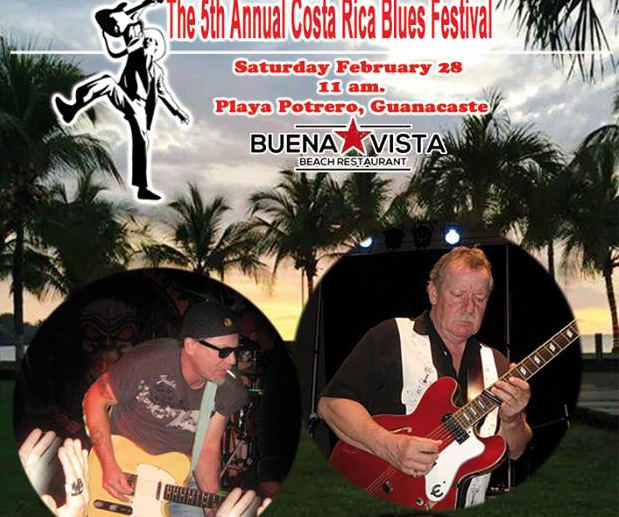 COSTA RICA EXTRA – The Fifth Costa Rica Blues Fest will take place on February 28, 2015 at Buena Vista Beach Restaurant at Playa Potrero, Guanacaste. The music starts at 11 am. Food and drink will be available throughout the event.

This is a benefit concert for an organization that teaches English, technology, music and arts to the youth of Guanacaste. Please help us help them!

Donnie Walsh & The Leatherbacks
Donnie Walsh has been called the ‘father of Canadian blues’ and with good reason. He is a blues pioneer on the Canadian scene. It was Walsh who paid the highest dues so that later Canadian blues acts, such as the Jeff Healey Band …MORE

Chris Ruest
Chris Ruest belongs to the impressive class of serious Texas blues guitarists, a group that includes Johnny Moeller, Shawn Pittman, and Nick Curran. While the others may have wider name recognition, Ruest has quietly built a reputation of excellence that is spreading beyond his Austin home base…MORE

The 3 for Blues Band
The Three for Blues Band from Costa Rica has managed to rub shoulders with some of the greats of country music scene such as Las Tortugas, Vargas and Revolution Brothers, among others. The band focuses their efforts to learn and expertly interpret, the music of John Lee Hooker, Howlin ‘Wolf, Muddy Waters, …MORE