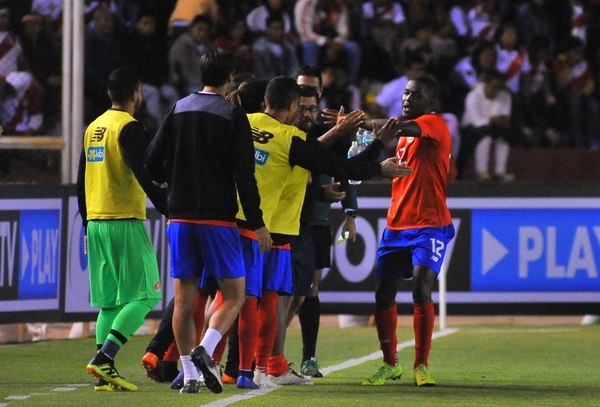 In their last game of the year, Costa Rica defeated Peru 3-2 in a friendly on Tuesday.

Jonathan McDonald, Allan Cruz and Joel Campbell led Costa Rica to victory, each with a goal.

Peru had opened the scoring when Edison Flores struck in a left-footed volley at the near post in the 19th minute, taking the game to a 2-2 tie with a goal by Jefferson Farfan at the 72 minute mark, but Joel Campbell gave Costa Rica the lead and win with a penalty goal.

Campbell who was a key part of the Costa Rica tema which reached the last eight of the 2014 FIFA World Cup, and played in the 2018 FIFA World Cup as well, currently plays plays for the Italian club, Frosinone.