Costa Rica’s exports registered virtually no change in the first quarter of 2014 over the same period last year, according to official figures. 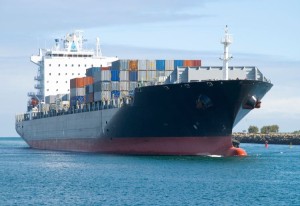 “The latest data shows a growth in industrial and agricultural products sector, particularly in the manufacturing subsector with highlighted growth in medical devices (8.9% rise), which represents 21.5% of exports”, said Procomer CEO, Jorge Sequeira.

For her part, the ministra de Comercio Exterior (Minister of Foreign Trade), Anabel Gonzalez said in the bulleting that “efforts to link to Costa Rica with new markets are already discernible”.

QCOSTARICA - No more soup for you! If the Minister of Public Works and Transport (MOPT), Rodolfo Méndez, has his way, the H. Solís...
Nicaragua

QCOSTARICA - The pandemic caused by Covid-19 fuels the strategy of positioning Costa Rica as a world destination to develop wellness tourism, since travelers...
Sports

QCOSTARICA - The Costa Rican judoka Ian Ignacio Sancho Chinchilla became this Tuesday the ninth Costa Rican to get the ticket to the Tokyo...
Crime

QCOSTARICA - A Costa Rican tried to enter the country through the Juan Santamaría International - San Jose Airport - with US$153,244 (the equivalent...
Reports