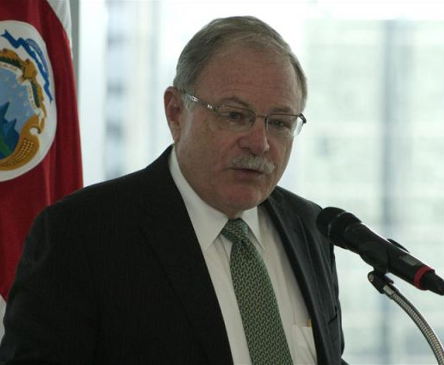 The newspaper said it has access to documentation of the complaint against Modern Plastics SA, a company of Costa Rican capital, and registered to Jack Liberman Ginsburg, brother of Luis Liberman, who is also registered to have an administrative function in the company.

La Pagina says Modern Plastics is alleged to have defrauded several local companies, including banks and financial institutions, in excess of US$1.6 million dollars.

The newspapers says that it has information of a complaint by at least one company that is alleging receiving payment of US$250.400 dollars with counterfeit documents, which uncovered during an internal audit.

According to La Pagina, the company related to Liberman was represented by a lawyer named Villalobos, who was responsible for borrowing from several financial institutions.

“It was not until early 2014, when at least in one case, anomalies were discovered and found the documents to be false,” said the Salvadoran daily. 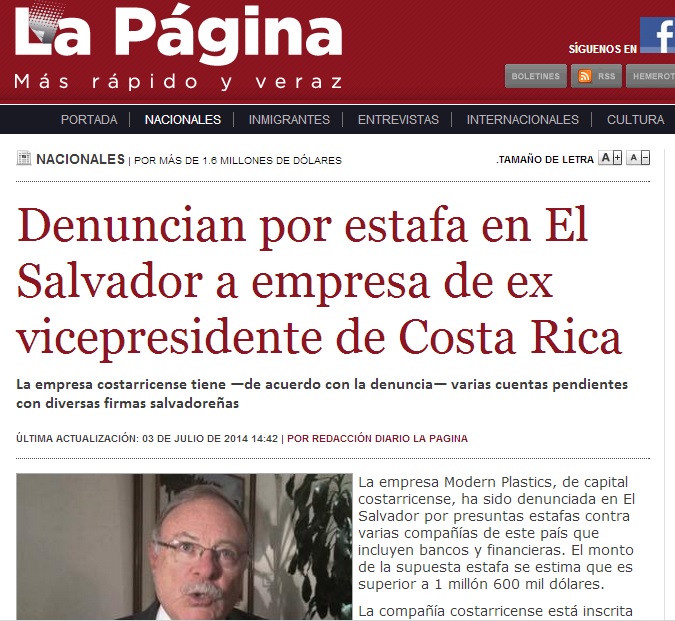 The daily continued, “the companies have appealed to the Ministry of Foreign Affairs in order to communicate with the owners of Modern Plastics through diplomatic channels, as the company continues to operate in Costa Rica.”

Former Vice-President Liberman said he had not been aware of the publication until a former employee brought it to his attention, and denied any relationship with Modern Plastics.

“I have nothing to do with that company, absolutely nothing. When the company was founded by my brother he put me there (an office of the company) as an alternate and did not know it still existed for years. This is all I can say, because I do not know the details, ” Liberman told CRHoy over the telephone.

According to information from the Registry of Commerce of El Salvador, Modern Plastics had been registered in that country since 2008. In Costa Rica, Luis Liberman’s brother also has a similar company, known as Modern Plastics.

Luis Liberman was Vice President in the Laura Chinchilla (2010 – 2014) dministration, is former president of the private bank Scotiabank in Costa Rica and founder of Banco Interfin, that was bought out by Scotia in 2006.