The woman arrived in Costa Rica with her mother on May 10. She visited areas in San José, Tortuguero, La Fortuna, Monteverde and Quepos. She left for her home country on May 21. Six days later, she developed symptoms. 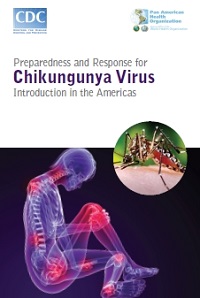 Vice-minister of Health, María Esther Anchía Angulo, said “there is no confirmation that the woman acquired the virus in Costa Rica, though there is a high suspision. Nor can we rule out that she had been incubating the virus on arrivial.”

Last month there were several cases of suspected Chikungunya infection, all were ruled out following testing.

Chikungunya virus (CHIKV) is an arthropod-borne virus, of the genus Alphavirus, that is is spread to humans by the bite of an infected female Aedes species mosquito – Aedes aegypti or Aedes albopictus. These are the same tropical and sub-tropical mosquitoes that carry the dengue virus.

The best means of prevention is overall mosquito control and in addition, the avoidance of bites by any infected mosquitoes.There is no specific treatment but medications can be used to reduce symptoms.

There is no vaccine to prevent infection. There is no specific treatment for chikungunya infection. The use of pain medication and rest can provide relief for some of the symptoms. Rest and fluids may also be useful.

TODAY NICARAGUA – The Augusto C. Sandino International Airport (MGA) suffered this month the loss of one of the only two airlines currently serving...
Coronavirus

(VOA) The World Health Organization (WHO) is warning that mass vaccinations against the novel coronavirus will not produce herd immunity this year. WHO chief scientist...
Health

Costa Rica has received 87,750 vaccines in less than a month: fourth batch arrived this Tuesday

QCOSTARICA - Since the first batch of 9,750 doses of the covid-19 vaccine on December 23, 2020, Costa Rica has received three more shipments...
Redaqted

Q TRAVEL - The coronavirus pandemic has reduced the ease of traveling from one country to another. Though are fewer border restrictions now than...
Consumer Aware

Printed voucher for purchases under ¢30,000 was eliminated from January 1

QCOSTARICA - Did you notice that lately your local pulperia, supermarket, big box store and every other place you use your plastic that you...