The first regional fair: Expofranquicias 2013 will be in Costa Rica and expected to visit are more than 8.000 investors interested in buying and selling franchises in countries such as Mexico, Uruguay, United States, Spain and Panama.

Expofranquicias 2013 is being held tomorrow and Friday (Sept 26 & 27) at the Wyndham San José Herradura convention centre.

The fair coincides with the “soft” opening of the Hard Rock Café, the latest franchise to open its doors in the country. 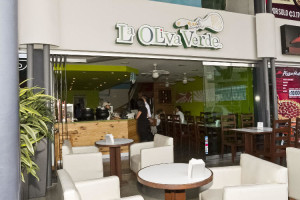 According to Karol Fallas, director of the Centro Nacional de Franquicias de la Cámara de Comercio de Costa Rica – National Franchise Centre at Costa Rica’s Chamber of Commerce (CCCR), representatives of more than 60 franchise companies will be on hand to offer opportunities to entrepreneurs looing to start their own businesses.

The CCCR also has set up a Virual Fair.

Admission is free and open to the public from 10am to 7pm on Thursday and 10am to 8pm on Friday.