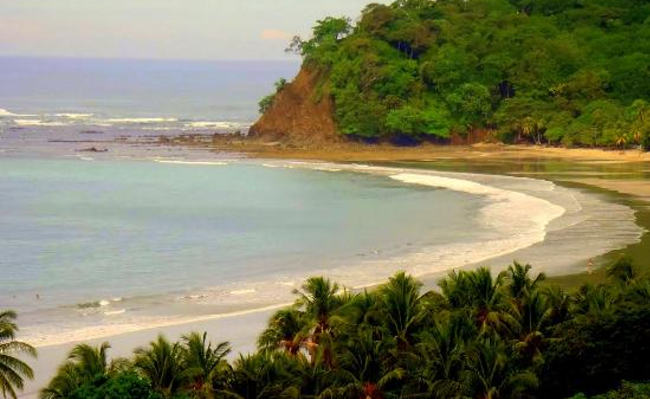 Six of the eight beaches are located in Guanacaste, like the Samara Bay pictured above

Of the ten best beaches located in Central America, eight are located in Costa Rica, according to “Travellers Choice 20013”, a ranking by the renowend TripAdvisor.

The best beach in the isthmus is, without a doubt, Manuel Antonio, located in the national park of the same name, in Costa Rica’s Central Pacific.

The beach is south of the town of Quepos, in the province of Puntarenas.

Second among the ten best beaches in Central America is Samara, also on Costa Rica’s Pacific coast, in the province of Guanacaste, while the third favourite by TripAdvisor is West Bay Beach, West Bay, Honduras.

In fourth place is Costa Rica’s Nosara Beach (Playa Guiones), in the province of Guanacaste.

Sixth is Playa Avellanes, Tamarindo, Costa Rica, in the province of Guanacaste.

Seventh is Playa Conchcal, Playa Conchal, Costa Rica, in the province of Guanacaste.

In ninth spot is Puerto Viejo Beach, Puerto Viejo de Talamanca, Costa Rica located on the Caribbean coast in the province of Limón.

And in tenth place is Playa Blanca, Livingston, Guatemala.

We are all mentally exhausted by sitting in our...
Infrastructure