August closed with a 1.19 R rate. Social distancing, use of a mask and mass testing will be essential to contain the outbreak.

(QCOSTARICA) Costa Rica closed the month of August with the fourth-highest COVID-19 reproduction rate in Latin America, surpassed only by Argentina, Guatemala, and Honduras.

On August 31, the country registered a figure of 1.19, which means that someone infected spreads the virus to more than one person. Today, September 2, the rate dropped slightly to 1.15 according to the Centro Centroamericano de Población (CCP), that corresponds to infections that occurred around Thursday, August 27, since on average, 6 days usually elapse between the moment of infection and the confirmatory laboratory report.

The CCP says the R rate of COVID-19 in Costa Rica, oscillated between 1.1 and 1.2 throughout the month of August. 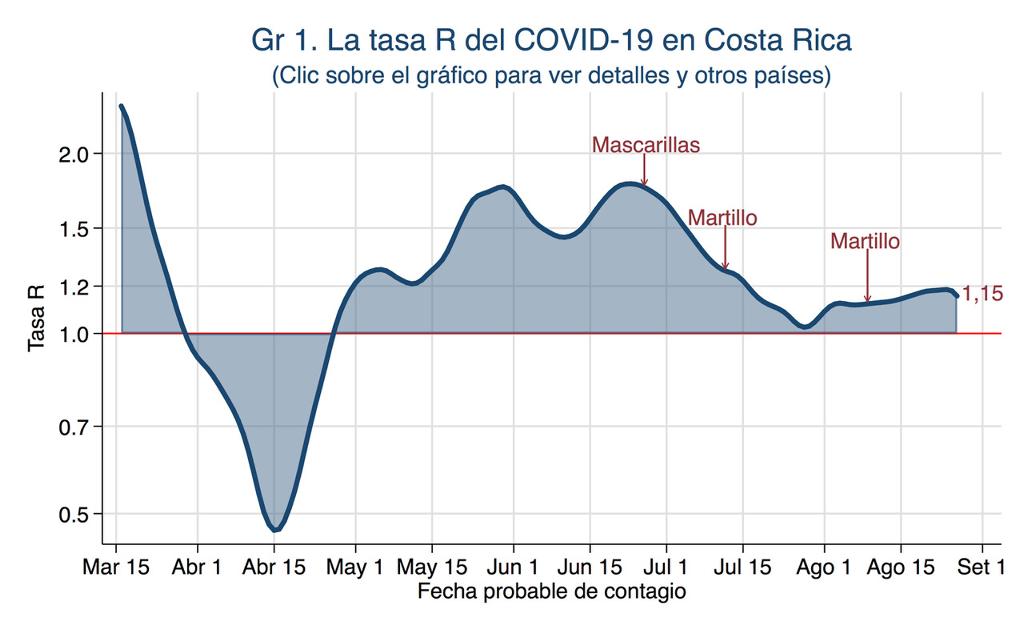 If this trend continues, there is a risk that the health system is compromised.

The CCP outlook for the next 30 days

To illustrate the significance of the levels of the reproduction rate of the pandemic in Costa Rica, the CCP projected three scenarios” 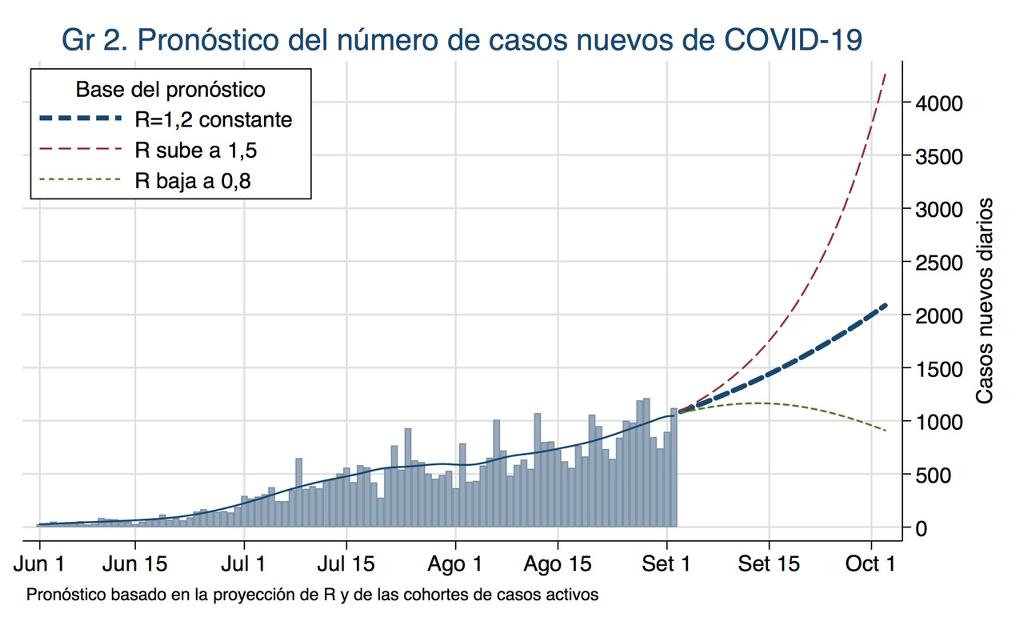 That is why citizens should increase caution.

“Slowly, the figures and rates increased daily. The average ranged between 800 and 900 for a few days, but we exceeded with ease a thousand cases. And the estimates made through various institutions, both national and international, tell us that the peak of the curve will be reached at the end of September or mid-October,” said Ronald Evans, epidemiologist and researcher at the School of Medicine of the Universidad Hispanoamericana.

Distancing, the use of facemasks (not face shields), and the increase in the amount of testing and tracking (a point at which the country remains in deficit), are the three vital actions that must be followed to contain the contagion rate, insists the CCP.

Three actions to reduce or contain the transmission rate: (1) distancing (2) masks and (3) tracking-testing

As for the distancing, Google reported an increase in the mobility of citizens in August, after the reopening and the “hammer” in July.

For example, as of August 20, an 11% increase in social interaction among Costa Ricans was reported, compared to July.

The Minister of Health, Daniel Salas, working from home following while in self-isolation after coming into contact with an infected person, his father, who was hospitalized for a coronary problem and became infected intrahospital, emphasized today the care that must be taken when carrying out certain activities in closed spaces where people converge, taking into account that next Wednesday, September 9, an opening period begins.

On August 31, the COVID-19 reproduction rate in Latin America closed as follows (risk classification according to Dhafer Malouche, statistician at the University of Cartago in Tunisia):

- Advertisement -
Paying the bills
Previous articleTransformation of bars into restaurants or sodas is not legal, say municipalities
Next articleReduction of fines for violating vehicle restrictions on the way