Costa Rica Is Depleting Its Resources 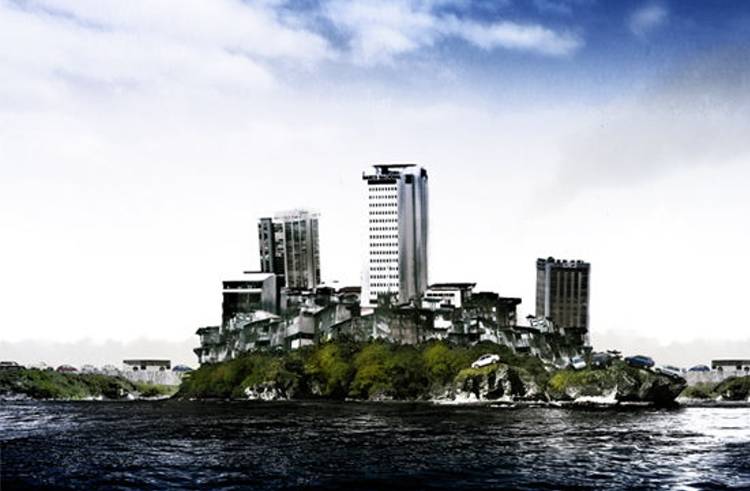 (LA NACION) In 2012, each Costa Rican used up 11% more than the country is biologically capable of providing. Every country has a limited number of natural resources (water, soil and forests) able to produce and regenerate, year after year, to meet the demands of its people.

Since 1991, Costa Rica annually consumes more than the environment has budgeted for its inhabitants.

The worst is that the people of today are exhausting the resources of the Costa Ricans yet to be born.

The warning comes from the Nineteenth State of the Nation Report (Decimonoveno Informe Estado de la Nación) released this week. According to the report, in just ten years our ecological debt went from 3% in 2002 to 11% in 2012.

In other words, Ticos have already exceeded the biocapacity of the country, defined as the potential of the territory to ensure a regular supply of resources and absorb waste from consumption.

In 2012, the international organization Global Footprint Network had done an exercise of the specific ecological footprint  – the metric that allows us to calculate human pressure on the planet – calculation for Costa Rica.

The ecological footprint is a resource accounting tool that helps countries understand their ecological balance sheet and gives them the data necessary to manage their resources and secure their future.

According to their data, each Tico consumes 2.5 global hectares while the country’s bio-capacity is only 1.6 hectares. This means that each Costa Rican needs 0.9 hectares of additional resources to meet their demands.

Another way of putting it is that if the rest of the world has our pace of consumption humankind would required 1.4 Earths to sustain this lifestyle. Worse than Costa Rica, according to Global Footprint Network, is if everyone lived the lifestyle of the average American we would need 5 planets.

The Reasons: The ecological debt increase is due to the reduction in biocapacity by population grown, that is the same resources now has to be divided among more people.

The other reason highlighted in the report is the increase in the amount of greenhouse gas emissions resulting from the combustion of hydrocarbons in the transport and energy sectors.

In fact, the report indicates that 70% of the oil consumed is by the transportation sector.

To this add the growth in living standards, consumption and waste.

The red flag can be raised because Costa Rica is copying the standards of living of the United States. Today, in Costa Rica we already have one vehicle for every three inhabitant, when not too long ago it was 1 in 20.

“the solution is not only in more public transportation, in America although they have subways and electric buses, they still use individual vehicles.

“We need a change in culture to move differently, without going to the extremes of walking and bicycling, it involves repopulating the cities for people to walk more”, said Environment Minister, René Castro.

When it comes to responsibility, we all play a part. Public policies aimed at sustainability, must be accompanied by promotion in public awareness and citizen action. 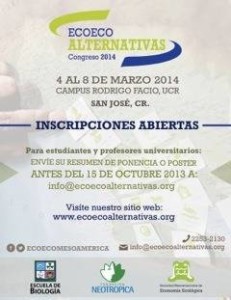 EcoEco Alternatives Conference
The Second International Conference of the Mesoamerican Society for Ecological Economics will take place at the Rodrigro Facio campus of the University of Costa Rica from March 4 to the 8th, 2014, with the support of the School of Biology and the Fundacion Neotropica. Its purpose is to further the debate on Ecological economics and to sensitize more people about the importance of the ecological crisis and the solutions proposed by this school of thought.

The Conference’s thematic will be “Advancing Towards Alternatives for People and Ecosystems in Latin America”. It will include multidisciplinary, interdisciplinary, and transdisciplinary debates about the resolution of social-environmental conflicts, the alternatives within the ecological economics model for handling production and services, and the social conflicts related to the distribution of wealth and gender.

QCOSTARICA - Costa Rica will have a system called "Interceptor" that...
Read more

Costa Rica has a new category of Ecological Blue Flag

QCOSTARICA -  In the worst of the rainy season,...
Front Page