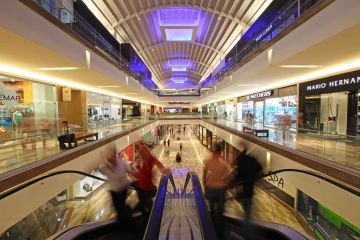 “The component that sparked the biggest rise in the inflation rate was the increase in electricity services,” according to a report published by Aldesa Puesto de Bolsa, a Costa Rican investment strategy and risk management company. The report added that costs for services regulated by the government, such as electricity, have increased about 13 percent in the past year.

Costa Rica’s consumer prices rose 4.5 percent last year and inflation is forecast to be around 5 percent, plus or minus one percentage point, this year, central bank president Rodrigo Bolanos said in a Jan. 31 interview.

The government is pushing a package of measures, including higher taxes on interest income sent abroad, to slow capital inflows that Vice President Luis Liberman said have been coming into the country “too fast.”

Costa Rica’s currency, the colon, has gained 1.2 percent this year, the most among 5 Central American economies tracked by Bloomberg. The colon’s appreciation was “clearly not the reason” for the increase in consumer prices in January, according to Aldesa.

QCOSTARICA - Today, Monday, April 12, rains accompanied by a thunderstorm are expected during the afternoon, no different than the rains pouring down over...
National

QCOSTARICA - It is totally false that the Government has changed the sanitary measures, as claimed by disinformation messages circulating on social networks and...
Vaccine

QCOSTARICA - Costa Ricans and other nationals, with a valid United States visa can travel there to be vaccinated against covid-19, without fear of...
Vaccine

QCOSTARICA - The pandemic has allowed many people to telecommute, so technological facilities allow that as long as you have a laptop and a...
Rico's Covid-19 Digest

QCOSTARICA - It's only the middle of April but it felt like September/October between Wednesday and Thursday, as the rains continued for more than...
Electric Vehicles

QCOSTARICA - They are known for their electric propulsion system, but their characteristics go further. They have a leading autopilot in autonomous driving technology,...
Nicaragua

TODAY NICARAGUA – The Nicaraguan Legislative Assembly, controlled by the ruling party, is preparing to renew the electoral tribunal, amid requests from civil society...