It appeared that the Panamanians were on their way to capturing an important win over Costa Rica when they went two goals ahead, but the Ticos stormed back and grabbed a point in Panama City. 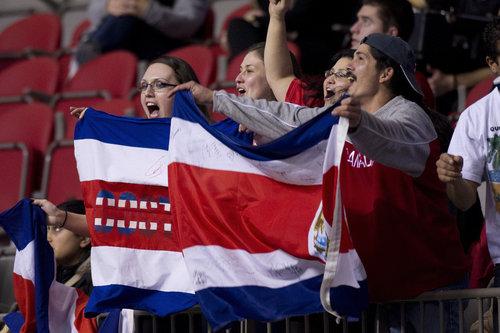 Costa Rica recovered from an awful start on Wednesday night. The Panamanians began the game going up 2-0 early on a pair of impressive goals, the Costaricans fought back to grab a very crucial 2-2 draw.

Luis Henriquez shocked the visitors with a fantastic finish in the 15th minute. Picking up a pass from Rolando Escobar, he turned in traffic and slid a perfect low strike to the far post from the center of the penalty area. In the 28th minute, Marcos Sanchez made an unbelievable turn to beat his defender before crossing low for Roman Torres, who poked in a finish at the near post.

Costa Rica failed to finish their chances early on in the first half, but were bailed out in the 39th minute on a corner kick by Alvaro Sabori.

When it appeared that the Panamanians would be able to hold on until late in the game, Bryan Ruiz was the man who scored it the tying goal.

A loss would have been a disaster for Costa Rica ahead of their game in the United States.