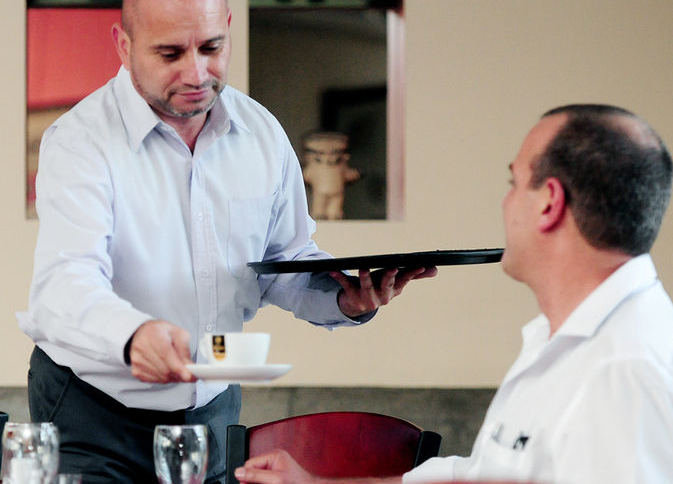 QCOSTARICA – The union of restaurants in the country argues that tipping does not count as part of their profits and are asking for them to be exempt from the 2% retained on card payments by way of advance payment of income.

At the moment the Ministry of Finance (Ministerio de Hacienda in Spanish) is evaluating the request by the Costa Rican Chamber of Restaurants (Cámara Costarricense de Restaurantes), since according to representatives of this guild more is retained from them than from other stores.

Jorge Figueroa, president of these entrepreneurs, told Nacion.com that “… We believe that [because of] the 10% tip being calculated in the retention, as well as any ‘extratip’ voluntarily given by some customers means that more is retained than from other businesses. The 10% gratuity and the extra ‘tip’ also becomes a labor issue. ”

How is it working out? Bankers and businessmen surveyed by La Nacion say that retention is working smoothly; however, they have concerns.

At the Banco de Costa Rica (BCR), Luis Diego Montero, manager of Cards, explained that retention is that went into effect on January 19 is running properly.

“Going from the previous system of quartely payments of advances on income tax, to the new system of daily retention, daily cash flow and flexibility to cope with other business needs is diminished,” said Diego Alonso, VP at Automercado.

Wílliam Zamora, partner of Bijoux and BJX Mobile signatures, added “… Any type of retention on trade, above all, on small businessness, is an obstalce to operating because the margins they work with in small business es are not the same as those of large companies. ”

Adrian Vega, manager at Hamburguesía, told La Nacion that in January their cash flow was affected, but believes in bad months, they will be.

Yolanda Fernandez, manager of corporate affairs for Walmart, said she did not yet have data to make a judgment.