Costa Rica On Alert: Plan of Action Against Ebola

COSTA RICA NEWS — Health Officials have activated a treatment protocol to be followed by clinics and hospitals if a case of Ebola is detected in Costa Rica.

[/su_pullquote]La Nacion, in a special section today, provides details of the route from the San José airport, the Aeropuerto Juan Santamaría (SJO) to the Alajuela hospital and the Hospital Nacional de Niños (Children’s hospital), the two medical centres in the country designated for the treatment of Ebola.

The report details the step by step process if a case of Ebola is detected in flight to Costa Rica.

The protocol begins with control measures at the airport.

On arrival one of four gates ( 7, 8, 9 and 10) are closed off and a sterile corridor is established; the suspect passengers is taken off first and transferred to hospital; all other passengers are then are allowed to disembark and interviewed by Ministry of Health officials. They will be kept under surveillance for the following 21 days.

Watch the video (in Spanish) as Marcela Leandro, the deputy director of the Alajuela hospital, explains the protocol at the hospital.

At the hospital, the suspect patient will undergo an exam, blood samples taken and sent to the Centers for Disease Control and Prevention; the passenger is kept under observation. If the CDC results are positive, the hospital gymnasium will then be used as an isolation centre, where the patient will remain until symptoms begin to appear and test results confirm the infection. 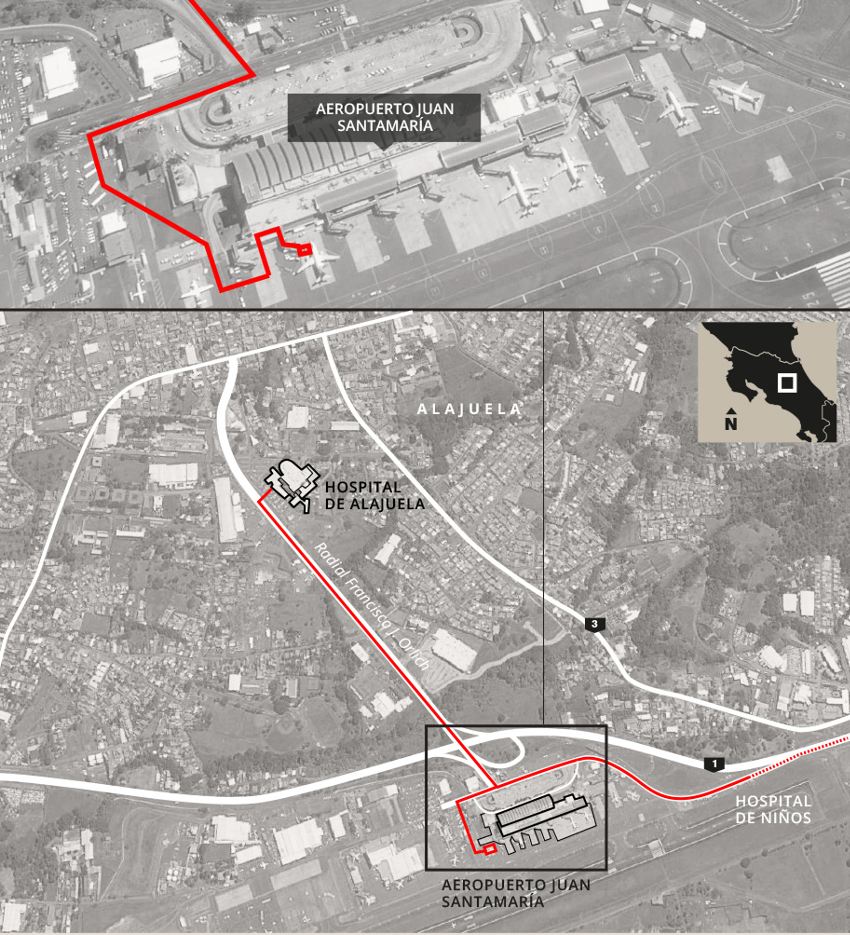