COSTA RICA EXTRA — Marvin Acosta, the slight and wispy star of Neto Villalobos’s highly acclaimed movie “Por la Plumas,” died Saturday night of leptospirosis in San Juan de Dios Hospital in San Jose. When he was not acting, he served as a messenger. 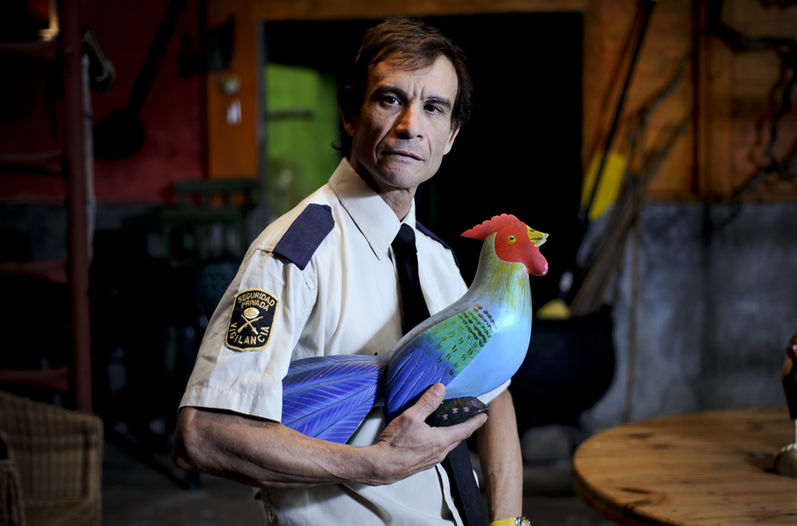 But it was as Jason, the sympathetic, slightly lost and hapless main character of the film that he will be remembered. The film’s Facebook page and younger sister, Patricia Acosta, communicated the news of his death to the world.

According to his sister, the family was shocked by Marvin’s death because they were confident that he would recover. Acosta, 49, appeared even younger on the screen. He came from a humble background and lived in San Geronimo de Desamparados.

After gaining some fame with the film, La Nacion reported, Acosta revealed a few details of his life: “I come from a very poor family. My father was a (private) guard and my mother worked as a domestic in the homes of the rich. We lived in a slum without lights or running water… if we plugged a leak, six more opened up.”

He told La Nacion that filming “Por las Plumas” fulfilled a dream and was a bright point in his life. But he confessed to the paper that he felt uncomfortable with the modest celebrity the film brought him. “I’m famous,” he cracked to the paper, “Now all that remains is to get rich…”

During filming, he played a humble private guard like his father and director Villalobos allowed him to improvise some of his dialogue. He said that he wasn’t really acting much of the time but living a familiar life.

TODAY NICARAGUA – In an unprecedented persecution, the Daniel Ortega regime detained four presidential candidates in one week, a move that is part of...
Peru

QCOSTARICA - Vaccination centers against covid-19 were transformed this Saturday to be able to vaccinate more people. Universities, civic centers, parking lots and even...
Quepos