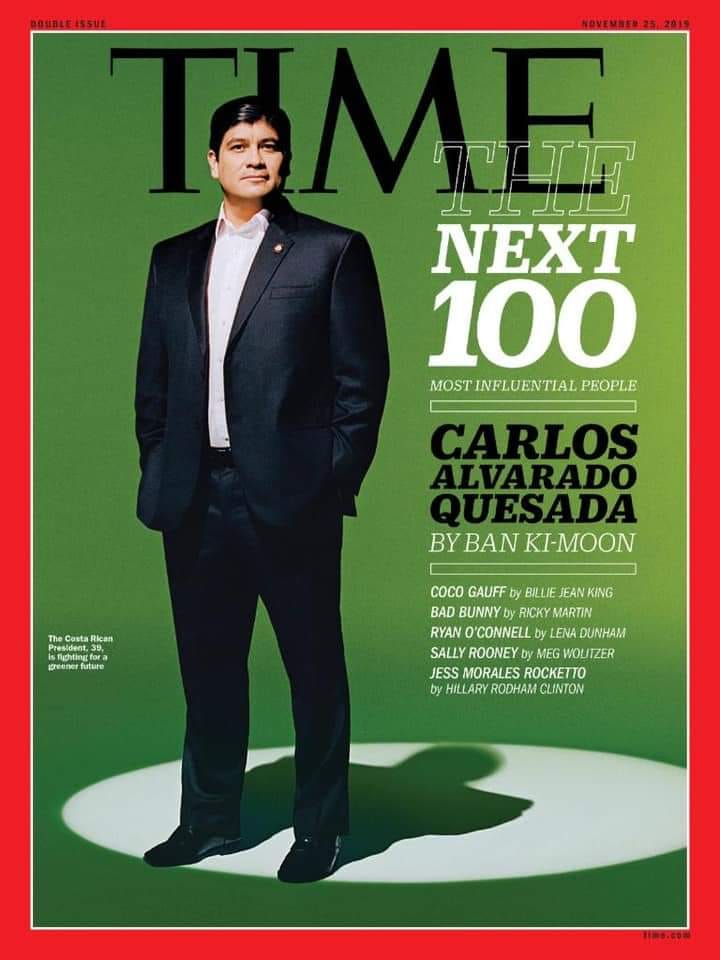 TIME magazine has recognized the environmental work of all of Costa Rica, including the President of Costa Rica Carlos Alvarado in the magazine’s launch of the 2019 TIME 100 Next, a new list that spotlights 100 rising stars who are shaping the future of business, entertainment, sports, politics, science, health and more. 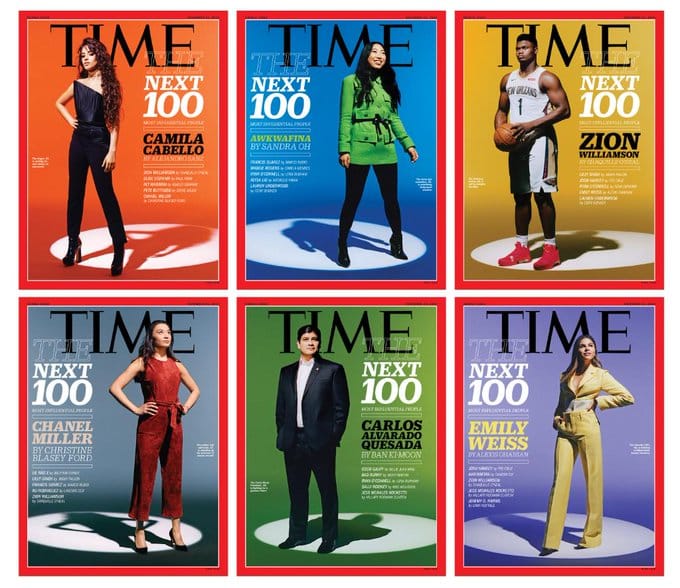 In the spirit of the TIME 100, many of our TIME 100 Next profiles are written by more established influencers. According to Edward Felsenthal, Editor-in-Chief and CEO of TIME, the TIME 100 Next members all have grand ambitions, and they know they may face even greater setbacks.

“They are driven by hope,” says TIME executive editor Dan Macsai, who oversees the TIME 100 franchise. “They are eager to defy the odds—and fight for a better future.”

Former U.N. Secretary-General Ban Ki-moon writes of President Alvarado, the 39-year-old Alvarado has become a global leader in the fight against climate change, “His actions serve to remind the world that even small nations can take the lead.”

For his part, Alvarado wrote on his social media accounts, “I am honored to represent the legacy of many people who, throughout our history, have built in this small country an enormous conviction for our environment that speaks to the world today. We will continue to deepen that heritage for the future of all who come # TIME100Next.”

QCOSTARICA - A baby of one month and 20...
Politics