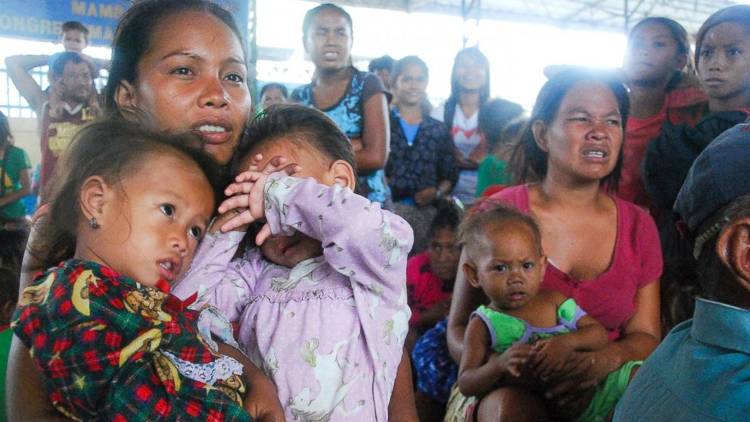 Costa Rica wants to do its part to help the affected by Typhoon Haiyan, the Category 5 mega-storm that pounded the eastern Philippines on November 8, has left at least 10,000 people dead and many more injured while destroying critical water, electricity and transportation infrastructure. Towns and villages are leveled in an already impoverished region.

There’s little water to drink or food to eat. According to all accounts, the need for outside assistance is urgent.

The Philippine Red Cross is deploying rescue teams to affected areas of the country.

Logistics equipment including mobile storage units, pre-fabricated offices and generators, is being sent from the UN humanitarian response depot (UNHRD) in Malaysia to set up operational hubs at Tacloban and Cebu airports. Some 300kg of IT equipment including digital radios are being sent from UNHRD in Dubai. The WFP is drawing upon $2m to buy high-energy biscuits and rice, but will be appealing for more funds as the needs become clearer.

UNICEF is asking for funds to help children in urgent need of access to safe water, hygiene supplies, food, shelter and a safe environment.

In Costa Rica, the government starte today a collection and will end Friday, December 6.

The collection is an initiative of the National Emergency Commission – Comisión Nacional de Emergencias (CNE) and the Costa Rican Red Cross – Cruz Roja Costarricense. The WILL NOT accept any kind food or clothing.

The collections will then be transferred to the International Federation of Red Cross.

The International Committee of the Red Cross and the Philippine Red Cross are both accepting donations and coordinating disaster relief on the ground throughout much of the central Philippines. The local branch of the organization is posting updates on Facebook and Twitter.

The World Food Program, which provides emergency food aid to families and children, is accepting donations online and through PayPal.
The United Nations (UN) is urging the international community to send aid to the Phillipines.  In Manila, the government has declared a national disaster, which allows authorities to control prices and release emergency funds to rebuild the affected areas.

QCOSTARICA - For today, September 19, vehicles with EVEN...
Infrastructure