Costa Rica’s participation in the 2014 Winter Olympics in Sochi, Russia is not through any athletes, rather through promoting sun, fun and adventure in Costa Rica to U.S. television audiences tuning in to the games. 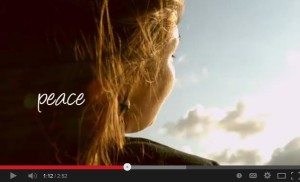 The Instituto Costarricense de Turismo (ICT) – Costa Rica’s tourism board – is spending US$500.000 dollars in a series  of 30 second television ads that will run on the NBC network until February 23.

If you are in Costa Rica and looking to tune to the ads, remember NBC is not available in the country.

The ads are part of the “Esencial Costa Rica” branding, aimed at sports and adventure lovers.

According to Forbes Magazine, the Winter Games will be seen by some 158 million Americans aged between 18 and 55.

“Esencial Costa Rica” was launched in 2013. The ICT produced a 3 minute video that was shown in movie theatres across the U.S.

Today, Thursday, June 10, only ODDS can circulate. The measure is countrywide and applied between 5:00 am and 9:00 pm, save for those under the...
Disasters

QCOSTARICA - When CR was so beautiful, healthy, and safe! No motorcycles. No loud cars. No billboards. No traffic. When everyone walked to a pulpería,...
Latin America